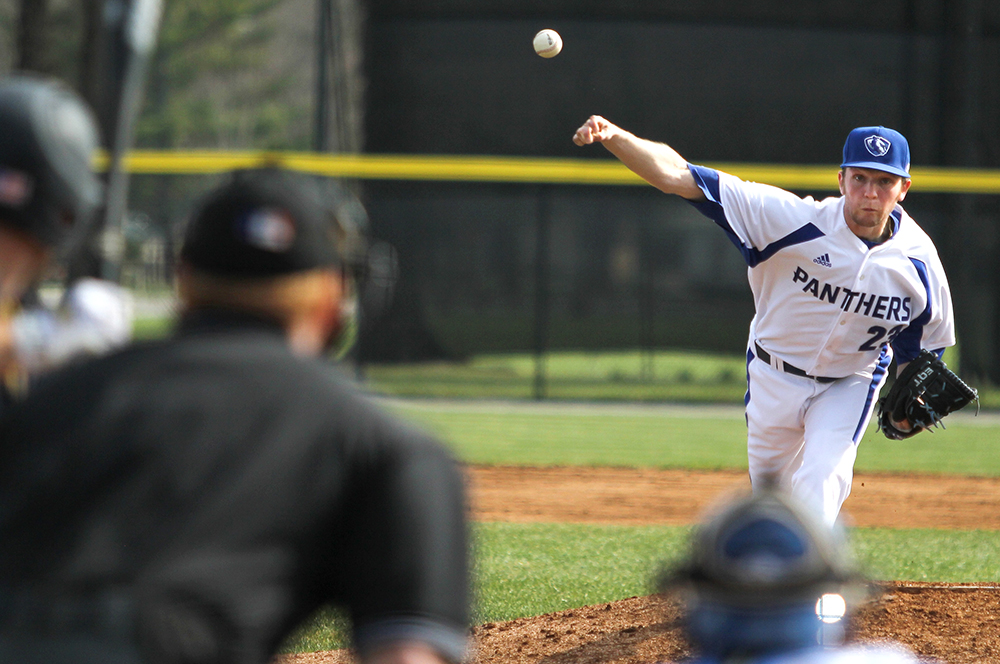 After the Panthers’ seven-game win streak was snapped against Saint Louis Wednesday, they now head to Morehead State for an Ohio Valley Conference series this weekend.

Two Panthers had won OVC accolades last week. Junior Andrew Curran was named OVC play of the week last week. Curran went 9-17 with four home runs, eight RBIs, and scored 11 runs. For the week, he had a 1.529 slugging percentage and an on-base percentage of .636. For the season, Curran is batting .217 with 28 hits and is slugging .395.

Redshirt senior Brendon Allen was awarded the co-pitcher of the week along with Dalton Westfall from Tennessee- Martin. Allen had 12 strikeouts in 7 2/3 innings to get the 16-5 win against Eastern Kentucky last Saturday. Allen had a shutout going into the sixth and only allowed five hits, four of which were singles. Allen on the year is 1-6 with an ERA of 8.38. He has made 13 appearances but has started in eight of those games. In 38 2/3 innings, he has given up 54 hits and 38 runs and has struck out 45 batters. Allen is set to start game one of the series against the Eagles.

For game two, senior Michael McCormick will get his ninth start on the season. He is 1-4 on the year with an ERA of 6.34. McCormick has 37 strikeouts in 49 and two-thirds innings.

The Panthers might have a chance against Morehead State  as the Panthers lead the all-time series 51-11. Last season, the Eagles lost two of three. But, the offense of the Eagles (27-14, 12-5) leads the nation as a team in batting average with .336, slugging percentage with .528, and hits with 513.

Morehead has lost their last two games but are still in second in the OVC. Reid Leonard has a seven-game hit streak going into the series. Also for the Eagles, Braxton Morris has reached base safely in 18 straight games. Niko Hulsizer has 19 home runs on the season and that leads the nation. He also leads the nation in career slugging percentage with .727.

On the pitching side of things, Cable Wright is just one appearance shy of tying an OVC record. He sits at 106 appearances and just needs two to break the record that hasn’t been broken since 1991.

The game one starter will be Aaron Leasher. Leasher is 6-2 in 10 games with an ERA of 3.55 and has 68 strikeouts on the season. Morehead sends Dalton Stambaugh to the mound for game two. He is 3-1 in 10 games with 32 strikeouts and an ERA of 5.70. Game three, the Panthers will see lefty Curtis Wilson. Wilson is 4-3 in nine games and has an ERA of 4.78.

The series begins Friday in Morehead, Kentucky at Allen Field at 4 p.m.