Student finds comfort in her own skin at EIU 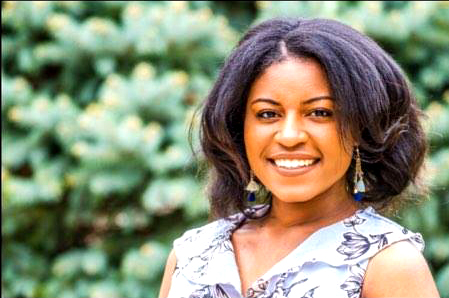 Though Paisley Adams, a senior Spanish major, is confident in her skin now, even competing in the Miss Black EIU pageant, she had trouble finding her identity as a black woman growing up.

Paisley said she felt alone at times, though she knew what she was feeling was not OK.

Both cities are predominantly white, something that contributed to Paisley’s problems finding her identity.

“Growing up, I had all white friends, which was fine, not a problem. But I definitely didn’t know who I was exactly,” Paisley said.

Paisley’s mother Candice Adams saw that her daughter had issues knowing who she was at a young age.

“When she began public school, that’s when she realized life would be different,” Candice said.

Candice said Paisley only had the people in the white community she grew up in to compare herself to.

Paisley would live with a black family and go to a black church, but then she would have to go to school, where this was not the case.

“I would say, from kindergarten to fourth grade, there was usually only one other minority in the room with her,” Candice said.

Candice said to help with this, she put Paisley in different programs.

Some of these programs included Sunday school at their church and Vacation Bible School.

Candice said being around family also helped Paisley, but she continued to struggle, even in high school.

Paisley said the girls who won prom queen back then were always white — black girls never received the title.

Though Paisley said she was never directly discriminated against in high school, she faced microaggressions that lowered her self-esteem.

“I remember a lot of people were like, ‘Oh, you speak so well,’ which is almost implying that black people, in general, can’t speak intelligently,” Paisley said. “Or people were like ‘Wow, you sound so smart’ or ‘You sound so white.’ Well, what does that mean?”

Paisley’s hair was the subject of other microaggressions.

She remembers people coming up to her and asking her if they could touch her hair, almost implying that black women are different or exotic.

Going through this made Paisley want lighter skin and straighter hair.

She did not fully start to appreciate who she was until she got into college.

“Eastern is actually where I found my true identity, which is really sad that I had to wait 18 years to finally appreciate who I was,” she said.

Candice said she has seen a change in her daughter.

Paisley is more confident, she said, and prouder of her skin and hair.

Paisley’s black friends at Eastern had a hand in helping her find who she is. She said the Black Student Union and competing in Miss Black EIU helped her as well.

Paisley won the pre-pageant interview and evening gown impromptu categories at the pageant this year.

As a result of her time in college, Paisley said she now sees herself as beautiful, educated and valuable.

Paisley said she used to not know who she was because she let society tell her how she should feel and who she should be.

But now, Paisley said, she thinks that she is a queen.