Bernstein’s music to be featured in Wind Symphony concert 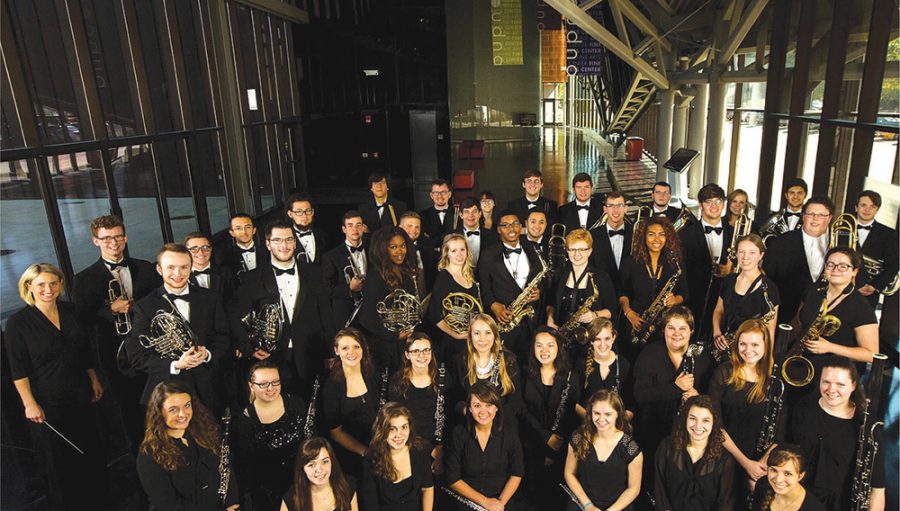 The Eastern Wind Symphony will play Leonard Bernstein's music at its “Bernstein Bash” on Saturday. The performance will feature works from operettas and musicals such as “West Side Story.”

The music of Leonard Bernstein, known for composing the music from “West Side Story,” will be featured as Eastern’s Wind Symphony presents its “Bernstein Bash” Saturday.

According to a press release, all proceeds from the concert will support the Earl Boyd Friends of the Band Scholarship Campaign.

The Bernstein Bash will include a range of works including selections from the operetta “Candide,” “MASS” and “Slava!” along with the famous musical, “West Side Story.”

Alicia Neal, conductor of the Wind Symphony, said the members of the symphony are excited to present the concert.

“The students have been working extremely hard in rehearsing the music that so many people are familiar with and love,” she said in a press release.

In addition to the Wind Symphony, made up of 45 student musicians, a student Musical Theater/Opera small ensemble and a student Jazz Combo will also be performing.

Before the concert, the EIU Bands will host a silent auction from 6 to 7:20 p.m., and 20 minutes after the show, in the Doudna’s concourse.

Tickets for the Bernstein Bash are $13 for general admission, $11 for seniors and $5 for students. They can be bought online on the Doudna’s website or at the Doudna Fine Arts Center Box Office.
The News staff can be reached  at 581-2812 or [email protected]