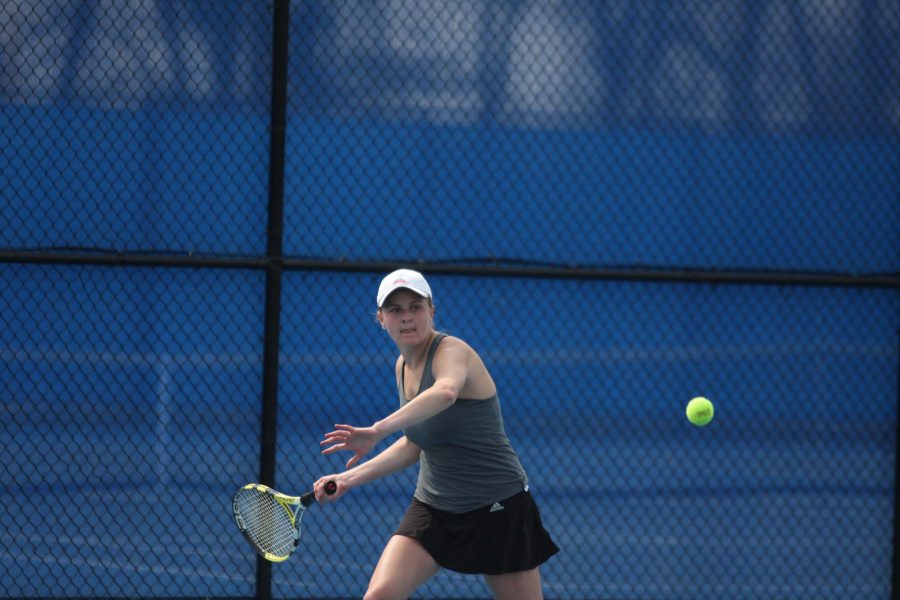 “I feel excited and honored to represent EIU and receive the OVC player of the week award. It makes me even more motivated to continue improving on the courts,” Iden said.

Iden has been on a hot streak in conference play this season; she holds a record of 4-1 in OVC play. Iden won her singles match against both Tennessee State and Belmont to add to that record.

She went undefeated in doubles with freshman Stella Cliffe as well. The duo dropped only one point over the weekend.

They defeated Kent and Laura Van Eechhoudt 6-1 Friday and swept the duo of Phoenix Gandy and Taylor Patterson Saturday.

Iden and Cliffe share identical 12-5 records in singles competition this season. They have been paired up in doubles play all season holding a record of 9-7.

This is Iden’s most successful season since her freshman year, when she finished the season 11-6.

“I learn and grow from my teammates throughout season, as they bring different perspectives and new ideas. Because I have a strong bond with each of my teammates, our friendships motivate me to become a better player,” Iden said. “I want to improve to better my team.”

This is Iden’s first OVC player of the week award.

If Iden keeps up her strong play this season, she will end her career with a positive record. Though the relationships and bonds she has formed here seem to matter more to her than any record could.

“I am fortunate I have had the opportunity to play tennis for Eastern. It feels great having a strong season, as I love representing Eastern Illinois University, playing the sport I love and doing it with the people I love,” Iden said.