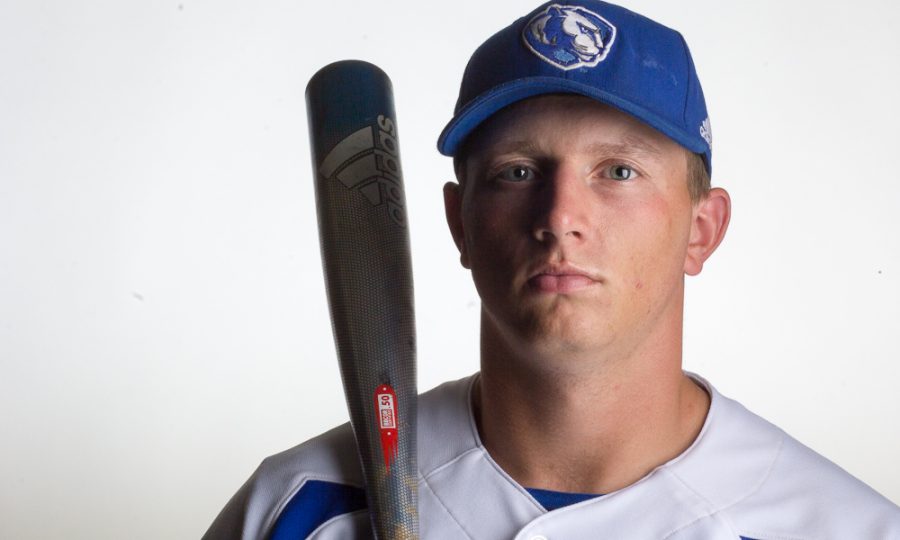 If there is one thing junior transfer Matt Albert knows, it is how to hit a home run.

“Once I started hitting more consistently I fell into a comfort zone. When you hit a home run, it happens so fast. You get a shot of adrenaline, especially if it’s a big home run and you take the lead,” Albert said.

There is always room for improvement and Albert is working in practice to perfect his swing.

“I moved back in the box a little bit, because my swing is long, so I moved back to give it more time to get in the zone, but I just had to start earlier, getting my hands back earlier,” Albert said. “I also had to direct my hands toward the pitcher instead of away from the pitcher.”

Transferring into a NCAA Division I program can be intimidating, but after a few short weeks of getting used to the level of play, Albert is already the powerhouse for the Panthers.

“I did not start off very well, the first two weekends, I made a small adjustment getting my timing down and starting a little earlier and it just started to click immediately,” Albert said, “Most of my weaknesses are related to my mechanics, because I have a long swing. Mentally, I know that I’m 100% locked in to this season, but I just need to make sure that I am doing my job, as best as I can, and hopefully, with me doing my job, other people can get the ball rolling on their end.”

Albert did not expect to be in the position he is now, but said he does not make a big deal out of his successes.

“I didn’t expect to make such an impact at all, coming out of a juco,” Albert said, “I didn’t know what to expect at this level of play. And after the first few weekends I questioned if I really had what it takes to play baseball at this level. I started doing well, and now I feel like I can take on anybody.”

When Albert hits that home run, he always hustles around the bases even though his teammates wish he would show off a little bit.

“I tend to run around the bases quickly, even though everyone in the dugout tells me to do a bat-flip,”
Albert said. “But I don’t do that. The only home run I’ve hit where I’ve jogged a little slower was last weekend against Tennessee Tech. I knew that one was gone right off the bat.”

“He is a great kid who comes to practice every day with an attitude to get better, he’s very soft spoken but I love having him around,” Perrone said. “The team adjusted well to having him this year, because he’s just so likeable, and it didn’t take him long to become a brother to us. He is also helping us tremendously this year, he’s driving in a lot of runs for us which helps us win games. If he can keep it up, we will be successful the rest of the year.”