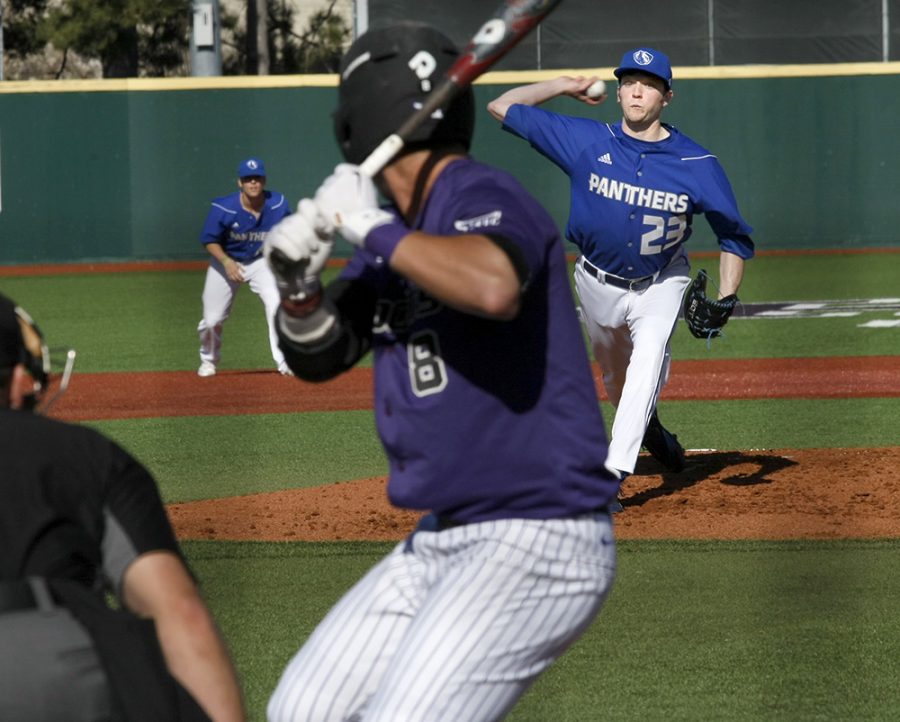 The Eastern baseball team has struggled to begin the season, but the strength of schedule is a big reason why.

The Panthers open a three-game series Friday at 6 p.m. at Samford.

It will be the first of seven straight games in the state of Alabama for Eastern, and it will be on the pitching staff again to limit its opponent.

The Panthers’ struggles have come at the hands of a bullpen that has the talent but has run into some tough competition.

Alex Stevenson is the man on the mound to begin the series Friday for Eastern, and he tries to echo his performance from the previous start.

Stevenson is the lone pitcher on the team to earn a win this season for the 1-10 Panthers. Despite earning the lone win for the Panthers, Stevenson still comes in with a 10.24 ERA in three games pitched.

His opponent comes in as one of the top arms on Samford’s squad, boasting an ERA under four and a 1-1 record in three appearances.

The Panthers struck out 12 times in their last matchup against Missouri Tuesday and now face a pitcher in Mikhail Cazenave, who averages close to four strikeouts per game.

Game two offers a matchup of veteran vs. youth with Eastern senior Michael McCormick facing off against the sophomore right-hander.

McCormick has been one of the better arms on the Panthers this season but has struggled to earn a win.

Eastern has not announced its starter for game three, but Samford will roll out a winless sophomore.

The last time these two programs faced off was in the 2008 OVC Tournament, and the Panthers ran away with an 8-4 win in that one.

Eastern was limited to just one run against Missouri on Tuesday and now has a team batting average of just .205.

Just four guys on the team boast an average of .250 or higher and only one, Joe Duncan, has played in every game this season.

Dougie Parks will try to build off his impressive performance Tuesday as the junior college transfer finished the game 2-for-4 at the plate while also scoring the lone run.

Michael Starcevich and Brent Stephens also had solid performances in the loss at Missouri, combining to throw three scoreless innings of relief.

The bullpen could use a similar performance this weekend when they take on a Samford squad that holds a .286 team batting average.

Following this three-game set the Panthers stay in the same state for a midweek matchup against the University of Alabama Tuesday.