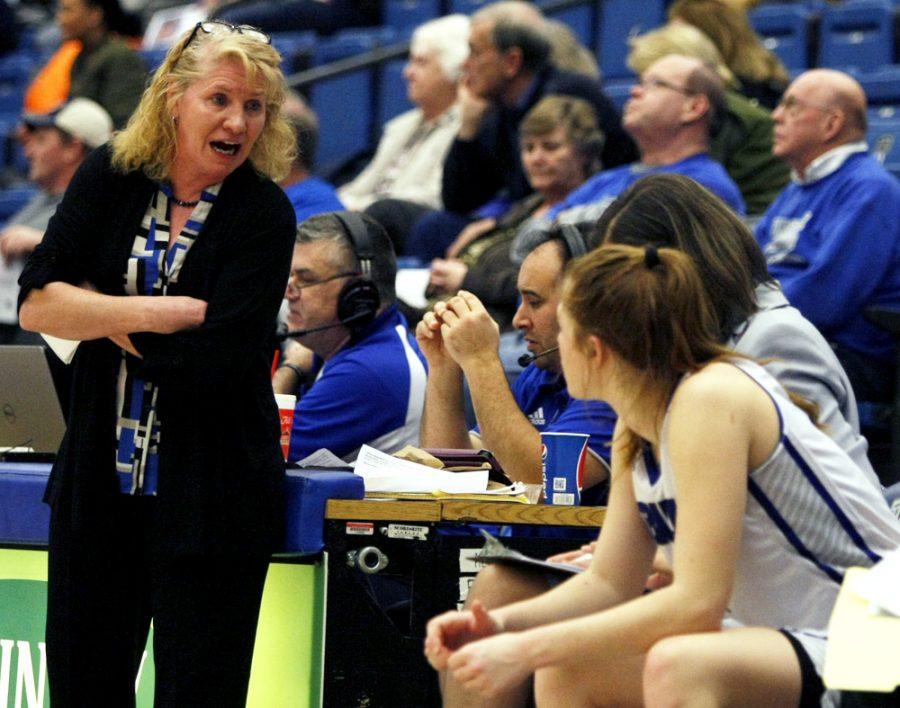 Athletic director Tom Michael announced Tuesday the contract of women's basketball coach Debbie Black would not be renewed. Black was 34-80 overall and 21-43 in OVC play over four seasons as coach.

Black was hired in May of 2013 and served four seasons as the Panthers’ head coach. The women went 9-19 this past season under the former WNBA player, a year after they had won just three games.

Black leaves Eastern with a four-year record of 34-80 including a 21-43 record in the Ohio Valley Conference. The Panthers failed to reach the OVC tournament the past two seasons.

“Certainly the fact that the women’s basketball team failed to make the OVC Tournament the last two seasons and give our student-athletes a chance to compete for an OVC Championship played a factor in the decision,” Athletic Director Tom Michael said. “Ultimately it was that we felt the overall level of play was not there to compete for those championship opportunities”

Eastern is already in the process of finding a new head coach who will inherit four returning starters. Erica Brown was the only player to play four years under Black. Junior Grace Lennox has been one of the best guard’s in the OVC under Black and earned first-team OVC honors last week.

In her first season, Black went 12-16 and earned a berth in the tournament where they lost in the first round. The second year saw some regression with a 10-20 record, but a 7-9 conference record earned them another postseason berth. The third year was her worst with a 3-25 record including a 22-game losing streak.

Black said that she understood her record, but was hopeful for another year.

“This is a business,” Black said. “I get it more than anybody.”

The women’s basketball program was evaluated at the end of the season, just as every program is and Michael and the rest of the Eastern athletic department staff decided the program was not going in the direction it needed to under the coaching staff.

“At that point, the decision was made not to renew Coach Black’s contract as head women’s basketball coach,” Michael said.

She was brought the news to her Tuesday morning and said she thought that she had a pretty good year and was hopeful for another year. Eastern jumped out to a 4-2 start this season, but suffered a seven-game losing streak and a starting forward in Jalisha Smith for the rest of the season.

“I had a great opportunity,” Black said. “Tom Michael was great to me.”

Black said that she hoped that she instilled competitiveness in her current team for the next person that takes over. Competitiveness and consistency was what Black wanted out of her team and she said she thought they were getting close, she said.

The addition of four freshmen was a crucial part of the team this season for Black. Allison Van Dyke, Zharia Lenoir, Jennifer Nehls and Danielle Berry all played in at least 25 of the 28 games this season. Van Dyke started every game, while Lenoir, Berry and Nehls earned starts and more playing time throughout the season.

The next coach will be the ninth in Eastern’s history.