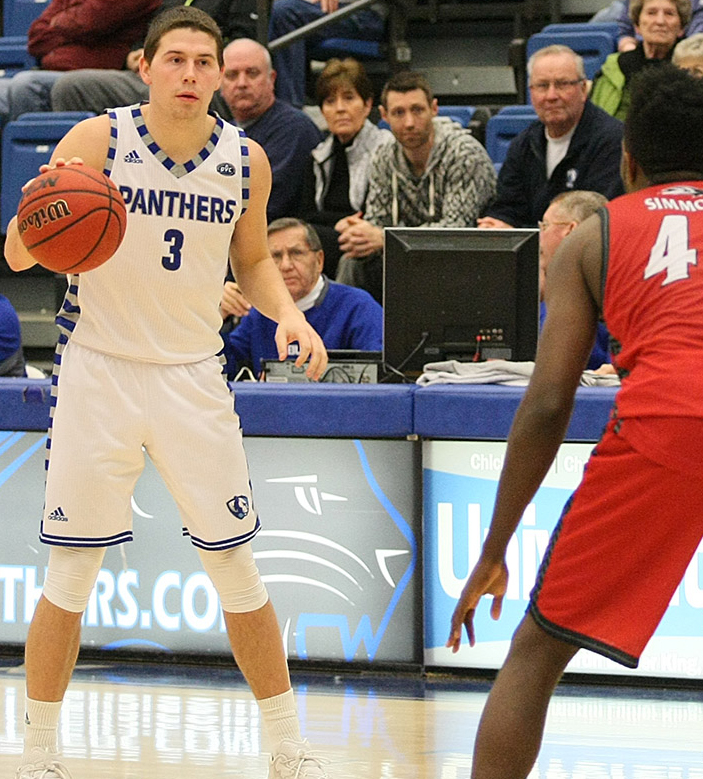 It is nearly time for March Madness set to take over the college basketball and sports world as a whole, but the Eastern men’s basketball is going to be left out of that mix. Well at least in terms of the Ohio Valley Conference Tournament as well as any chance of becoming a Cinderella in the NCAA Tournament.

Okay, clinching a berth in the NCAA Tournament may have not been likely with a powerhouse such as Belmont running away with a regular season conference title so easily.

But heading into this season that was supposed to be the plan.

The Panthers were supposed to be an OVC powerhouse.

This team had all it needed from last year and more to only improve; but the complete opposite happened.

After a non-conference schedule showed positive flashes with a season sweep over in-state rival Western Illinois and a sparkling win over SEC opponent Mizzou.

But it was about the stuff between the lines for Eastern. It was about the inconsistency along the road and the team’s inability to truly catch its full potential.

Well that was until this final stretch of the season when the team’s back was essentially against the wall.

The Panthers put themselves in an ever mounting hole that was just too deep to dig out of.

Eastern began its most important stretch of the season with a 1-7 record against OVC opponents.

What makes that even tougher to swallow is how well the team answered following that horrid stretch.

The Panthers rang off five wins over their next seven games to put themselves back in the conversation of clinching a berth in the postseason tournament.

But it was too little too late.

The team’s latest stretch of knocking off some of the top dogs in the OVC was put to rest once Tennessee State did what it had to against Eastern Kentucky and Morehead State to hold itself above the Panthers.

It is safe to say Eastern has played its best basketball to end the season, but it still goes to show that sometimes it does matter more with how you start not just how you finish.

“The Murray game was as good a performance as we’ve had all season.” Eastern coach Jay Spoonhour said. “We’ve been playing well for a few weeks though.”

But it is not all bad news for this team, and they cannot be written off in all facets just yet.

The Panthers still have a shot at another postseason tournament if they could pull out a victory over winless Southern Illinois Edwardsville Saturday.

“The opportunity to finish over .500 is an important achievement,” Spoonhour said. “We’ll need to play well; SIUE has fought hard all year and has been in every game down to the end.”

The win would give Eastern a 15-14 winning record, and after all that is still enough to be proud of for a team that did have enough grit and effort throughout the season.

Spoonhour stressed throughout that losing stretch that little mistakes killed the team in the end, but the team chemistry and want to win has always been there.

Well now that will be needed for the Panthers to finish of the season strong in hopes of earning a berth in another possible tournament.

It would sure give a boost to the core that is set to return next year, and that squad may just have a bigger chip on their shoulder.