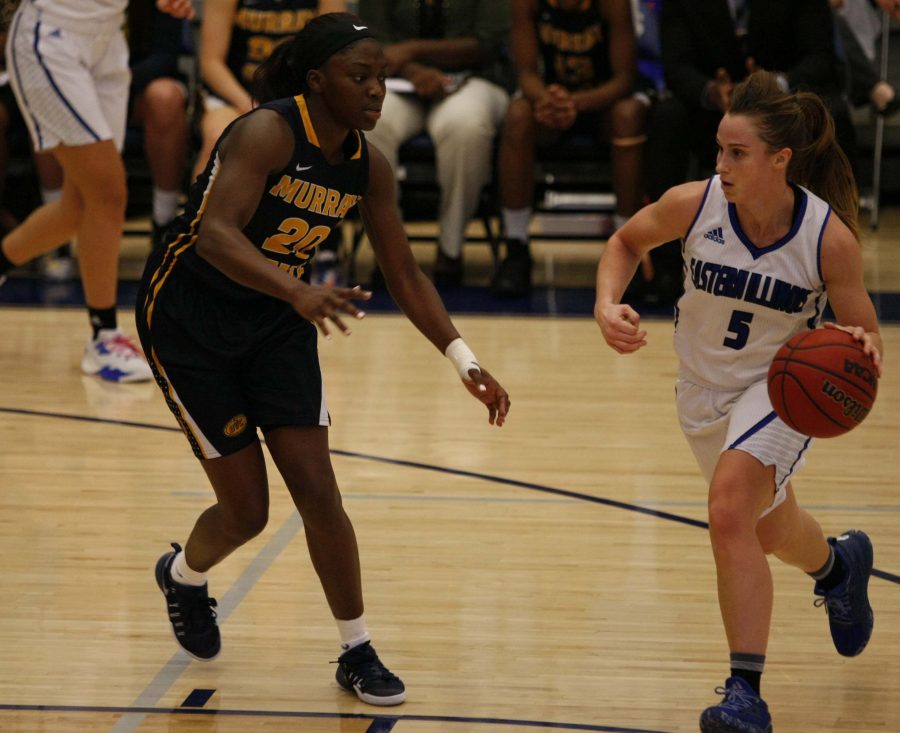 The Eastern women’s basketball team gave up a double-digit lead, but prevailed in a 78-73 overtime victory against Austin Peay on Saturday to snap a three-game losing streak.

Eastern had three players reach double figures on Saturday led by junior Grace Lennox who had a game high 27 points along with nine rebounds and six assists. Sophomore Brittin Boyer had 14 and eight rebounds. Senior Erica Brown was the third Panther to reach double figures with her 10 points and five rebounds.

The Panther’s started off the game with strong defense holding Austin Peay to just seven points in the first quarter. The Governor’s shot 16 percent from the field in the opening period and their leading scorer Tearra Banks was scoreless. Eastern led by as much as 14 points in the first quarter and Austin Peay was not able to make a field goal for the final 5:25 of the quarter. Eastern took a 21-6 lead into the second quarter.

Austin Peay used a 7-0 run to start the second quarter to cut the Panther’s lead down to nine points. Eastern regained its double digit lead with a 10-2 run and kept the lead with a 41-29 advantage heading into halftime. Eastern shot 57 percent in the first half and Austin Peay shot just 35 percent from the field. Boyer scored 10 of her 14 points in the first half.

The Governors were in control for the second half of the game and ended up tying the game to force overtime. Austin Peay had a 17-12 advantage in the third quarter and a 24-17 advantage in the fourth to draw the teams even after four quarters. The fourth quarter featured five lead changes and five ties with Lennox making a layup with 14 seconds to tie the game.

The extra period was all Panther’s starting with a free throw and a jumper from Lennox and Boyer. Eastern held Austin Peay to just three points and built its lead to as high as six points. All three of Austin Peay’s points in extra time came from the free-throw line.

Eastern shot 48 percent from the field in the game and outrebounded Austin Peay 43-36. The Panther’s improve to 9-18 on the season and 5-10 in the Ohio Valley Conference.

Austin Peay falls to 12-15 overall and 6-8 in the OVC. Austin Peay had four players finish with double figures led by Banks with 18 points and 10 rebounds. Bri Williams had 14 points, five rebounds and four steals. Beth Rates and Brianne Alexander each finished with 12 points. The Governor’s had 37 points from their bench on Saturday.

Eastern will travel to Southern Illinois Edwardsville this Saturday for its final game of the season.