Discussion to focus on Douglass 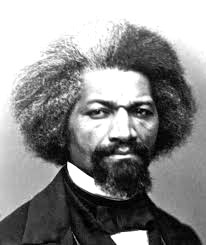 File | The Daily Eastern News CC: Wikimedia Commons Frederick Douglass escaped from his life of slavery in 1938 to go onto become an influential abolitionist, author, and to hold government office.

Social reformer and orator Frederick Douglass will be the subject of the second installment of the “Great Books, Bigger Questions” literary discussions at 4 p.m. Wednesday in the first floor room of the Pine Honors College.

The discussion will center on his reception speech at Finsbury Chapel in England in 1846. The speech was given after he was freed from slavery and “finding his feet as an activist and as a public speaker,” Richard England, Dean of Pine Honors College, said.

England said in honor of African-American Heritage Month, it will be interesting to look at one of Douglass’ lesser known texts, since he is a key figure in African-American history. He said this speech was at the start of his career as an orator.

“The speech is self-contained and very powerful,” England said.

Many people have been assigned to read his autobiography or other works, but not necessarily to read the reception speech at Finsbury Chapel, England said.

England chose this piece because it represents a key stage in his career after he was welcomed to London by anti-slavery campaigners, he said.

“To read that speech and to think a little bit about what it meant to be a slave and what it means to be free are kind of crucial questions,” England said.

Although slavery was outlawed years ago, England said, there are still ways in which America as a whole can improve the pursuit of happiness for all in an equal manner.

England said he plans to have five discussions this semester. The idea for each discussion, he said, is to take a short text and to ask a simple question or two about it.

He said the premise is to explore various historical authors who have written about issues still relevant to today’s society.

In this month’s discussion of Douglass’ speech, England will be the leader and will begin with a brief summary of the main ideas for the first ten minutes. Then he said the remaining hour will be opened up for a Q&A session with free-form discussion.

England said for Women’s History Month next month, feminism will be the topic of discussion, featuring a piece written by 18th-century pioneering feminist Mary Wollstonecraft. He said the piece has not yet been chosen but will likely have a theme focusing on education.

The next discussion will include work by Charles Darwin on the origin of species, England said. It is nice to get a historical scientist’s point of view and think about what it means today.

The semester will be wrapped up with the work of Roman Catholic priest John Henry Newman, a pioneering author on liberal education. England wants attendees to think about what it means to be educated and what the importance of philosophy is.

If the meetings are successful, they will be continued next semester with different authors and discussion leaders, he said.