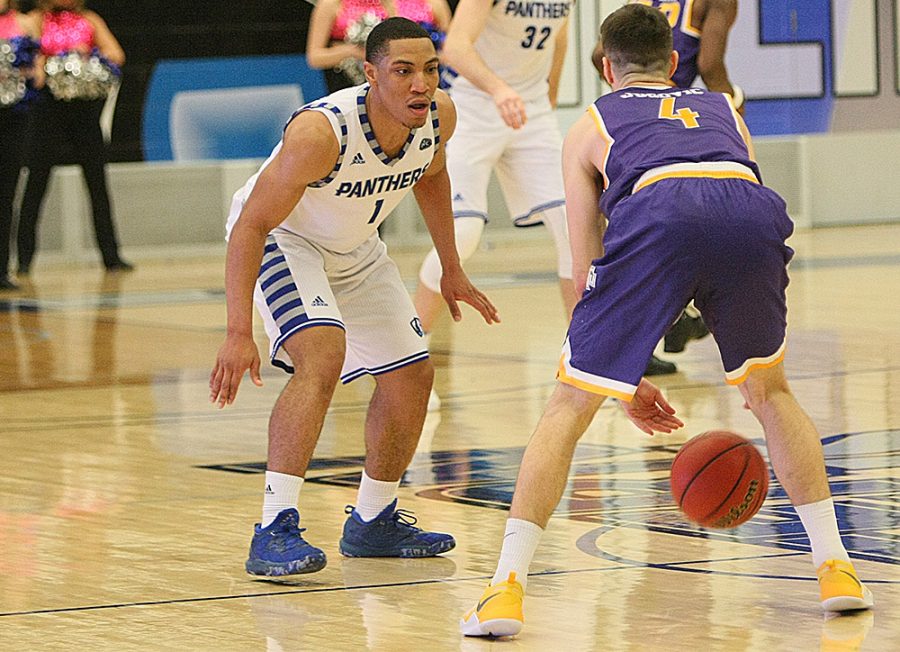 The Eastern men’s basketball team was picked to finish second in the Ohio Valley Conference West Division prior to the start of the season.  That did not happen and now the Panthers are just trying to keep their season alive.

A second place finish in the division results in a tournament berth, but two games behind the fourth spot, Eastern’s tournament hopes are dwindling. And with the talent the team possess, it is surprising they are where they are at in the standings.

Eastern is chasing Tennessee State and Austin Peay for the No. 8 seed for the tournament. The Panthers hold the tiebreaker over Tennessee State if the two teams were to tie. Eastern beat the Tigers Feb. 2.

Austin Peay, however, beat the Panthers earlier this season and the two teams will square off Feb. 16 on Austin Peay’s home floor.

But before Eastern worries about any of that, it still has to take on Tennesee-Martin Thursday night in Lantz Arena which is essentially a must-win game for the Panthers. If they lose, it’s not completely over with, but a lot will have to go Eastern’s way.

And it will be no easy task for the Panthers. Tennessee-Martin sits atop the OVC West with a 7-4 record. Eastern comes in at 3-8 following a disappointing loss to Tennessee Tech Saturday.

But the last time the two teams went at it, Eastern played a tight game with the Skyhawks, forcing Tennessee-Martin to get its win in double overtime.

Eastern was strong all game until the second overtime period where things fell apart for the Panthers. Jacolby Mobley led the Tennessee-Martin Skyhawks the whole way.

The Panthers almost matched the Skyhawks in rebounding the last time out (45-43). But Eastern will be mostly focused on limiting the 3-point shots Tennessee-Martin puts up.

“We have a game plan of cutting their shooter to having less than 10 points,” junior Muusa Dama said. “We don’t want them shooting any 3’s. And their big men are really big rebounders and physical so it’s our job to limit them. If we do that I think we’ve got them.”

A lot needed to be cleaned up after the last game against Tennessee Tech. The defense was not there, the rebounding was not there and the scoring could not get into a flow.