Panther go back to what they know in win over SIUE 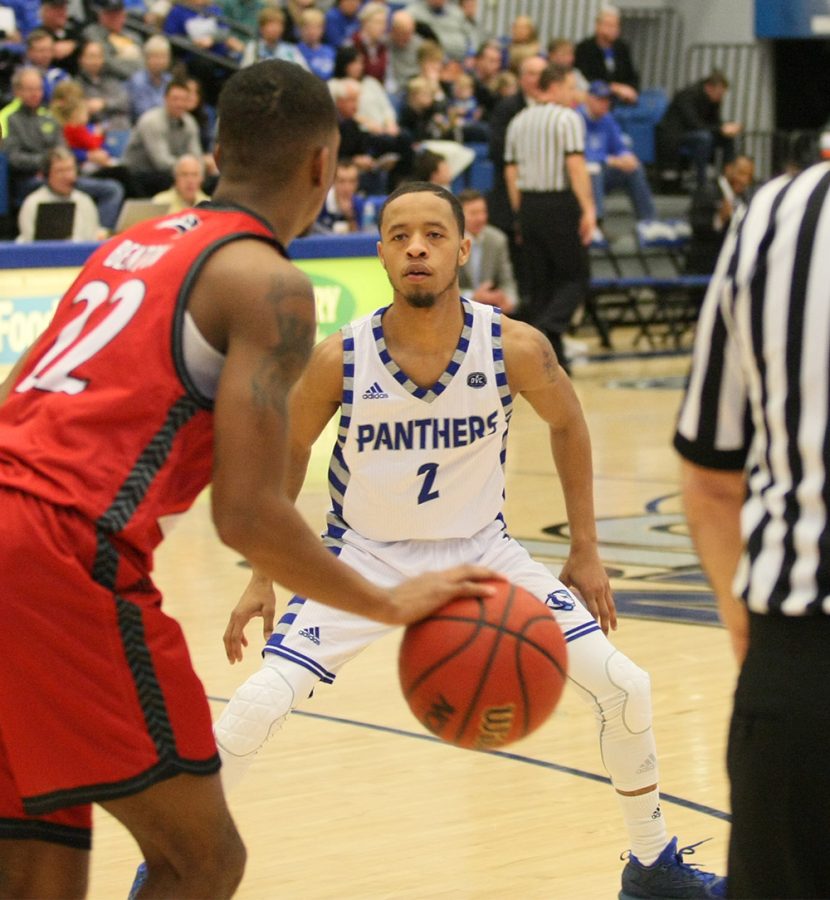 In the midst of a five-game losing streak and an unexpected position at the bottom of the conference standings, the Eastern men’s basketball team went back to its old ways to try and turn its season around.

The Panthers had the perfect opponent at a time where it almost seemed like win or go home as there is so much ground to make up in the Ohio Valley Conference.

And a three-point barrage from Terrell Lewis combined with a gritty 16-point performance from Demetrius McReynolds led to the much-needed 75-60 win over Southern Illinois Edwardsville.

Lewis had arguably the best game of his career by matching a career high 24 points and just dominating from beyond the arch as three after three swished through the net.

His eight 3-pointers were not only a career high, but also were the source of all of his points on the night.

His dominating performance was a reminder of just how good these Panther veterans can be when it matters most.

But as special as his performance was, Lewis said he had no idea how many 3-pointers he had during the game because he was only focused on getting the win.

That is what this season must continue to be for the Panthers.

This group has proven how unselfish it can be even in the toughest times, and Lewis’ performance was clearly brought up from his passion to get back in the hunt for the OVC tournament.

Now, the Panthers are still in the hunt for the tournament berth and a game like this is proof that a complete game is possible.

Eastern’s offense was good but the defense was what also really made the difference by holding the Cougars to just 60 points.

Defense also led to offense as the Panthers forced 17 turnovers and turned that into 20 points.

Not only does this help Eastern’s postseason hopes but it also helps realize what kind of team this should be.

It has been somewhat of a downfall in Lewis’ season after he has dominated in his first two years, but a game like this shows that he still is extremely important.

He may not light up the stat sheet but there is no understating what Lewis and the other veterans on the Panthers mean to the team.

If there is going to be any chance at that postseason bid, it may have to continue in similar fashion as this win.

Relying on the veterans to step up and stay consistent is important for the Panthers because the newcomers could still be adjusting.

Montell Goodwin is in a bit of a slump as of late, but seeing Lewis and McReynolds step up in his place as leading scorer is important to the all-around success of the team.

Eastern has depth this season and that allows them to not need some guys to do well every single game, but it also makes the victory even sweeter when the veterans and newcomers are all succeeding at once.

The Panthers have now taken that first step in turning their season around and now have seven games left to continue doing the same.

If the veterans continue to find this same success combined with the overwhelming athleticism and skill of the rest of the lineup, then they may just find themselves in the OVC tournament.