Doctor speaks about experience with sexuality 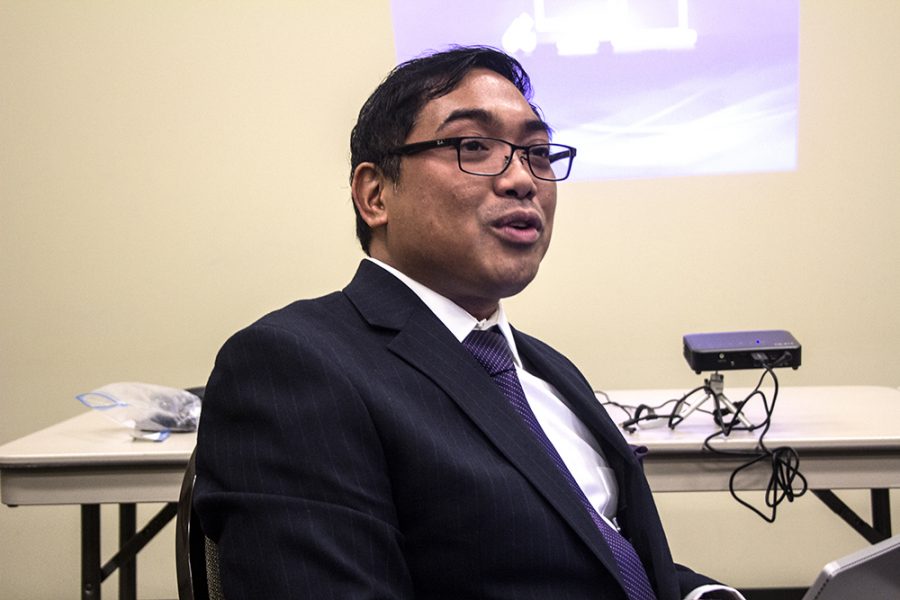 Dr. Bernie Ranchero, a family practce physician discusses what it’s like being a gay doctor, and dealing with being a gay or transgender person seeking out healthcare at Carnegie Public Library on thursday night.

Bernie Ranchero, a family practice physician from Sara Bush Lincoln Health Center, came to speak about his experiences as a gay man during a meeting of Charleston’s chapter of PFLAG Thursday night.

Ranchero said it took him until he was 31 to come out as gay, which could partially be attributed to growing up in an evangelical Christian family that was not entirely accepting of his sexuality.

Still, he was determined to “throw himself into education” and create a “pathway to healing” to help people deal with common health issues that they may face, such as high blood pressure, HIV, obesity and psychological and emotional issues.

“I wanted to be open to treating people in a non-judgmental way,” Ranchero said.

As a doctor, Ranchero performs hormone treatments and surgeries to help transgender people through their transitional process.

He said he is one of around five employees at Sara Bush Lincoln Health Center who has worked with transgender people and is passionate about supporting them.

Some potential conflicts include people who identify as transgender “not feeling physically or emotionally ready for (an) operation” or feeling unsure “because of the religious establishment they affiliate with,” Ranchero said.

He said that he has received more discrimination from “being a Filipino who looks Mexican” than from being gay and that staff members at the Health Center are “very supportive.”

PFLAG meets on the third Thursday of each month at the Charleston Carnegie Public Library. At their next meeting, the group will discuss intersexuality.