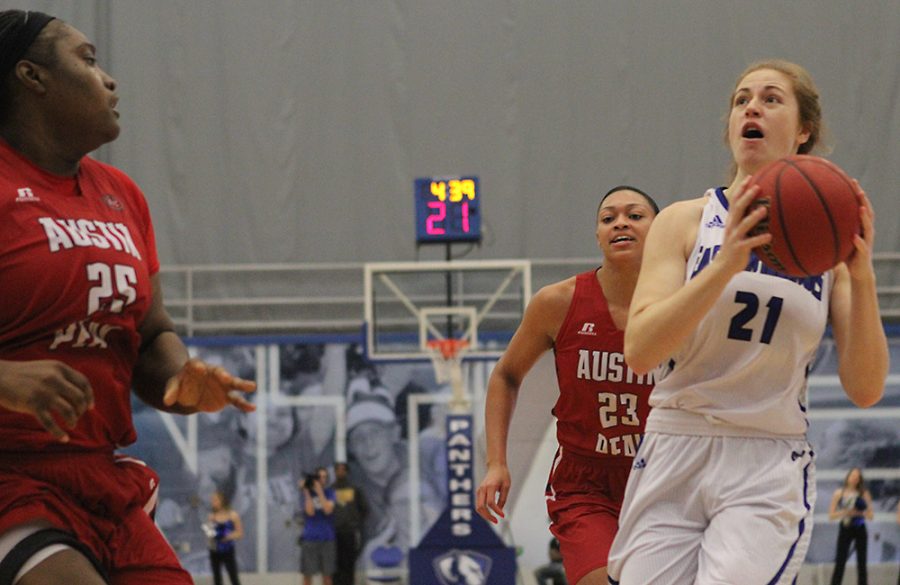 Tennessee Martin is a team that has struggled equally as bad as Eastern, but both teams will get the chance to end the four game losing streak that it is on. Tennesee-Martin has lost three of its last four games by five points or less. The Skyhawks are 4-14 overall and 1-4 against Ohio Valley Conference opponents. The Panthers are 5-13 overall with a 1-5 conference record.

Both of these teams are in desperate need of a victory on Wednesday night in order to work their way to one of the final spots of the conference tournament in early March. Eastern is coming off of a loss where they were in command at the half, but watched the game slip away resulting in a 10 point loss to Austin Peay. Eastern coach Debbie Black put two new faces into the lineup in that game with sophomore Brittin Boyer and freshman Zharia Lenior.

Both Boyer and Lenior took advantage of the opportunity. Boyer scored a career high 18 points to go along with four rebounds and two steals. Lenior had four rebounds, three assists and three steals in the game. Freshman Allison Van Dyke received her fourth OVC Freshman of the Week honor; she averaged 11 points and four rebounds in the two games last week.

The leading scorers this season for the Skyhawks are Myah Taylor, Kendall Spray and Emanye Robertson. Taylor leads all scorers with 12.1 points a game, followed by Spray with 11.2 and Robertson with 10.9. Robertson leads the team in steals with 37 total this season and is the only player on the team to start all 18 games.

Ashton Feldhaus is the teams leading rebounder with 4.4 rebounds per game. Feldhaus came off the bench last time out for the Skyhawks and scored 20 points along with four assists and three rebounds. She is the weeks OVC Newcomer of the Week.

Tennessee-Martin is statistically the worst rebounding team in the conference in both sides of the ball. This is a part of the game where Eastern has struggled too as they are ranked ninth out of 12 on both side of the ball.

One team will be able to get back in the win column at Lantz Arena Wednesday night at 6 p.m.