For Eastern’s Collet, running runs in the family 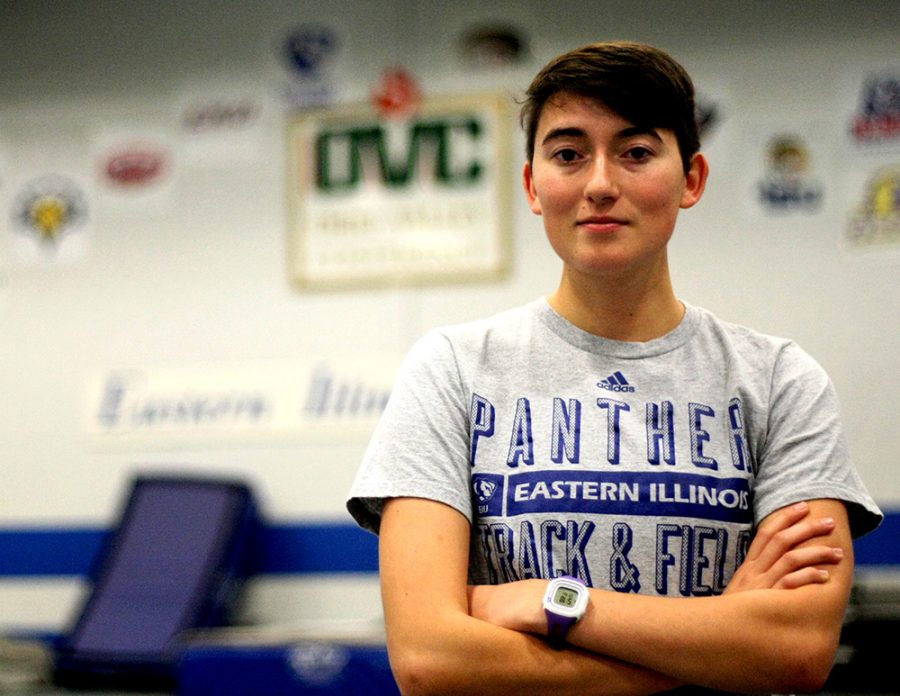 Sophomore distance runner Caroline Collet is the oldest of six children. Collet plans to compete in the one-mile and 3K events during the upcoming indoor season.

Caroline Collet started running track in the fifth grade, but she has been running for as long as she can remember.

“I’ve been running my entire life,” she said. “Both of my parents are runners, so before I could even walk, I was going for runs in my stroller with my mom.”

Collet competed in events in her hometown of Verona, running and competing in her first 5K race at the age of 8.

Collet is the oldest of six children and said she wants to be a role model. She said her little sister Carina helps spark her competitive fire.

Collet will compete in both the one-mile and the 3K for Eastern’s indoor track team, and she said there is a possibility that she runs the 5K as well.

Collet’s favorite event is the steeplechase; she said her inspiration to take part in the event comes from her coach Erin Howarth.

Collet is a big supporter of Howarth, who feels the same of Collet.

“She’s always willing to help us out not just with our running but with school as well,” Collet said.

Steeplechase is an outdoor event; it involves completing requirements other than running during the event, like having to complete hurdles as well as leap over a shallow water pit.

Collet has been competing in steeplechase since her freshman year at Eastern.

“I love steeplechase. It is something not everybody is interested in, and it was something that I can do and do well,” she said.

The uniqueness of the event was a large part of what drew her into it.

When it comes to preparation, Collet visualizes the race going well.

“I find a quote that motivates me and I write it on my arm, and I usually call my mom before the meet,” she said.

Collet is majoring in theater, her other passion.

“Two things I cannot go without are running and theater,” Collet said.

Collet has performed in multiple productions at Eastern and will continue to act in the future.

While Collet said she does not have a favorite role, she said her favorite experience in plays is “Romeo and Juliet.”

Collet was shy growing up and both track and theater have helped her become a more outgoing person.

Collet says that her favorite professor Anne Thibault is always pushing her outside of her comfort zone and towards improvement.

“It’s amazing how much overlap there is between being an athlete and an actor,” she said. “The mental aspects of both athletics and theater are very similar…the overlap is very cool because you get to build relationships with people that will last.”