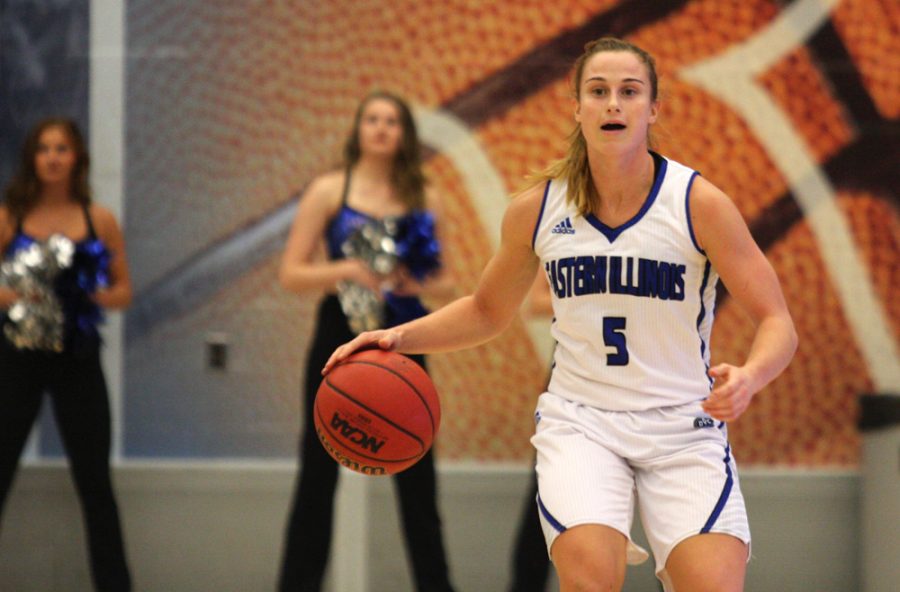 The Eastern women’s basketball team returns home to take on the Wright State Raiders Thursday night for a battle of 2-0 teams.

The Panthers come into the game leading the nation in shooting percentage at 58.4 percent. The women trailed at the half against Evansville  Monday night, but they shot 66.7 percent in the second half to take the victory and end a 16-game road-losing streak.

Like Eastern, Wright State has had a home and away game so far this year, and they both resulted in wins. They traveled to Tennessee Tech for the first game of the year and won 65-54 and then returned home to face Grace (IN), which resulted in a 87-56 blowout victory.

“We are really focusing on their leading scorer right now in (Lexi) Smith,” Black said. “She’s a big post player. We really haven’t had a lot of post presence to guard against so I think that is going to be our biggest challenge.”

In both games this year for Eastern, they have come out of halftime and outscored its opponent 50-19 in the third quarter. Black credits her team for being very coachable and doing well on the fly.

The turnovers and foul shots are the things Black wants the team to cut down on moving forward. Eastern has done well rebounding, outrebounding opponents 74-55 this season.

“We’ve outrebounded both our opponents, and we want to maintain that,” Black said. “And the other thing I don’t like on our stat sheet is that we are fouling too much. We need to keep them off the foul line.”

Junior Grace Lennox is leading the Panthers in scoring with 14.5 points per game after her 22-point performance against Evansville. Senior Erica Brown leads in rebounds with 6.5 per game. Black plans to continue to have Lennox, Brown, freshman Allison Van Dyke, junior Jalisha Smith and sophomore Carmen Tellez as her starters. Although Black is sticking with the same starters, freshman Jennifer Nehls and sophomore Brittin Boyer have been big contributors off the bench as well as many others for the Panthers.

The game will tip off in Lantz Arena at 6 p.m. tonight.