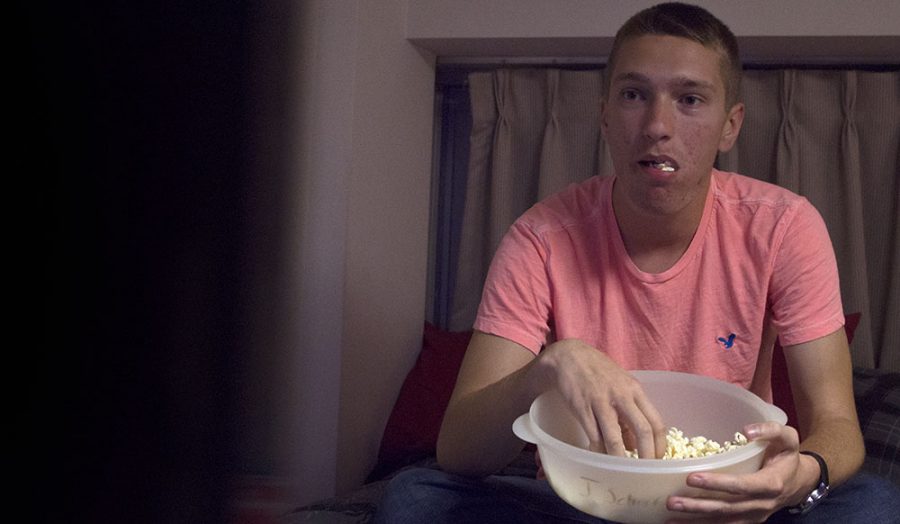 Netflix has released a list of titles being added and taken away during the month of December, and though students like the service, they wish there were more holiday-themed options.

Only nine new titles are being added to the queue in December compared to November, which had over 30 new titles added.

Brene Caldwell, a sophomore family and consumer sciences major, said the list did not have titles she would typically watch on it.

Jessica Knell, a sophomore theatre arts major, also said she did not recognize a lot of the titles on the list.

“I am excited for season two of ‘Fuller House,’” she said. “I like exploring new movies and TV shows anyway.”

While Knell also hopes Netflix will add more classic Christmas movies, she does not think they will.

“I feel like what they have out is all they will put out for this year,” Knell said.

However, Knell said she will not be too disappointed if Netflix does not add her favorite Christmas movies, because she already has them on DVD.

“I think Netflix would really benefit if they added the movies like “Rudolph the Red-Nosed Reindeer,” though,” she said.

The students varied on what they watch when they have time.

Caldwell likes “Gossip Girl,” independent movies and cartoons, while Knell watches “Orange is the New Black” and any dramatic shows.

“I like to vary my shows but focus on action and drama movies,” she said.

Though they enjoy the movie- and TV show–streaming service, it still makes them sad when their favorites are taken off Netflix.

Knell said Netflix took away the first three seasons of her favorite show “Eureka” but kept the later seasons.

“I was very confused as to why they did that,” she said.

Overall, the students thought Netflix was doing a good job with their selections, but they could still do better.

“It has all the CW shows, which I really like,” Caldwell said. “For me it is doing good right now.”

Alek McMath, a freshman marketing major, said he likes watching dramas like “Breaking Bad,” though he said he might try the new “Gilmore Girls.”

“I’ve heard a lot of good things about it,” he said.

Molly Dotson contributed to this article.