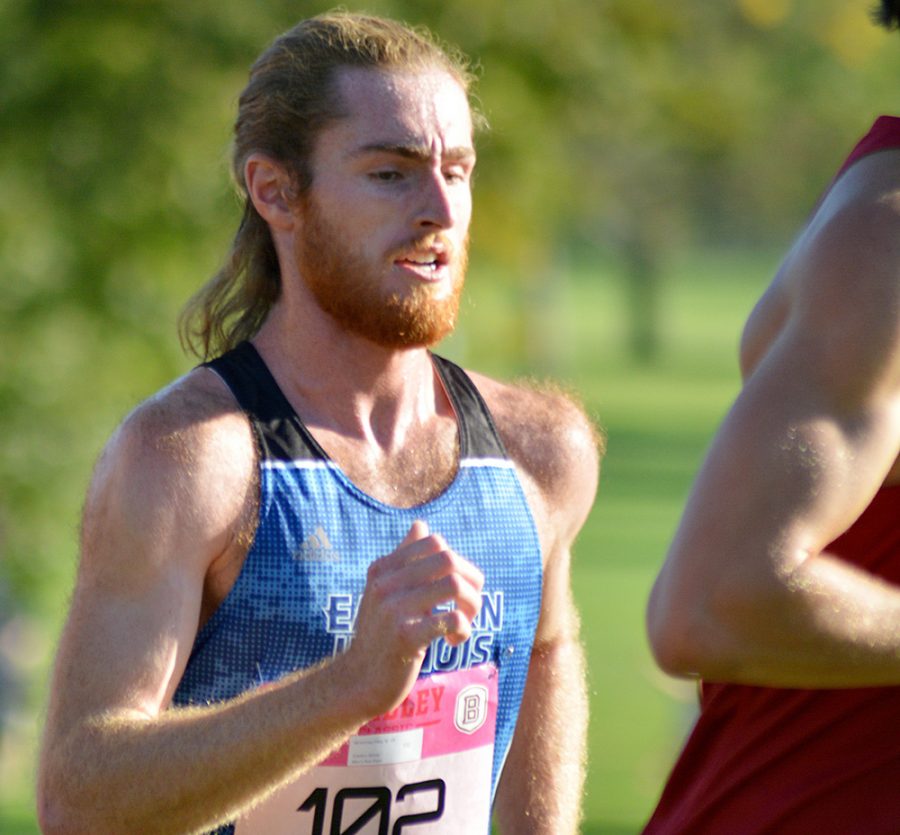 For the last four years Senior runner Riley McInerney has been a staple of the Eastern cross country team and he had his final OVC championship meet of his cross country career last Friday.

He has won several awards and acquired many accolades over the years, including multiple First and Second-Team All OVC finishes. He is a major piece of the currently No. 15 Midwest ranked Eastern men’s runners. His final career cross-country race may come at the NCAA Midwest Regional Nov. 11 at Iowa.

This year Riley finished in eighth place at the OVC Championships in a time of 25 minutes, 8.2 seconds earning the senior a second team All-OVC award. In 2015, he earned first place All-OVC at the conference meet then went on to an All-Midwest Region spot at the Midwest Regional meet.

Fellow senior Paxson Menard was the only Panther to finish in front of McInerney with a time of 25:05.5. Paxson’s finishing time was good for a seventh place finish and First-Team All-OVC honors.

McInerney has been a staple in the Charleston cross-country community for a very long time. The Charleston high grad was a four-time IHSA Class AA State Cross Country qualifier while also earning All-State honors sophomore through senior years. He has been representing the town of Charleston and their athletics for nearly a decade and has done a very good job doing it.

Even though it is his senior year, it has not been an easy road. Through illness and rough starts it has not been the ideal season for McInerney, however it has still been a very successful season.

“This year has not been what I thought it would be,” McInerney said, “My junior year I ran really well across the board, and this year I’ve let several opportunities slip through my fingers.”

After missing the first meet of the year, the Walt Crawford Open, he had a good day at the Illinois State Country Financial invite finishing in sixth place, a fraction of a second off of fifth place.

The rest of the season he had ups and downs; he finished in a solid fifth place at the Notre Dame invite, and took eighth at the OVC championship meet. However, he had a midseason hiccup at the Bradley “Pink” Classic, finishing the 13th spot.

McInerney considers himself a true competitor and will not back down to a challenge and also said he is itching to get back onto the course and finish with a successful Midwest Regional meet.

“This season has definitely tested my confidence, but I know I am fit and I am looking forward to get back to my old self in two weeks at regionals,” McInerney said.