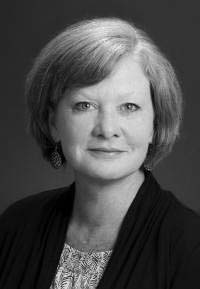 No matter what the circumstance, those who knew Mary Caroline Simpson always knew her to be a devoted faculty member.

Even after Simpson, an art history professor and graduate coordinator for the MA studio program, was admitted to the hospital for heart issues and placed on medical leave, she never wanted to stop working, interim chair of the art department Chris Kahler said.

“She kept saying, well, I’ll be back at work on Monday; make sure the students are doing this,” Kahler said. “Nothing could slow this woman down.”

Though he tried to keep an eye on Simpson with the help of her sister and brother, Kahler learned from them that Simpson was fiercely independent.

“She always lived life under her own terms,” Kahler said. “The mere fact she had to relax never sat well with her.”

Kahler said Simpson would insist on working and keep up with her student’s progress even while not at the university.

“There were a few times where she would be very assertive — she would say, “I’m fine, I can handle that, do that, do this,” he said.

Simpson, 56, died at 9:20 a.m. Tuesday, at Barnes-Jewish Hospital in St. Louis.  A memorial service is planned for 4 p.m. today in the Tarble Arts Center.

Simpson’s family got in touch with Kahler and art history professor Stephen Eskilson and invited them to see Simpson in the hospital.

Eskilson worked in the office next to Simpson, and said she was someone he could talk to about anything, whether it was their students and other work matters to the presidential election.

“She was engaged and funny, charming to talk to,” Eskilson said.

For him, not having Simpson around to talk to has been strange.

“I thought yesterday between classes, I thought ‘Oh, I gotta tell Caroline that,’” he said.

Kahler met Simpson when she first came to Eastern in 2007 and figured out right away that she would be an “amazing resource to work with graduate students.”

“She really was intelligent, very devoted to students,” Kahler said. “She worked so hard with them and always believed in excellence. It’s one of the things we really appreciated about her.”

Despite helping students working toward a Masters of Arts in Studio Art degree, an area that Kahler calls “a pressure cooker,” Simpson made time to serve on committees.

“She was always available when students needed help, she was extremely helpful when they had to write artists statements or do things that extend beyond that,” Kahler said.

Ann Vieux, who worked closely with Simpson as a student, took over the classes Simpson was teaching during her medical leave.

“I think having a female role model who was so successful academically was really important at my time at Eastern,” Vieux said.

Though Simpson had clear expectations for her students, Eskilson said she was still respectful of them, something Kahler admired about her.

“She always was pretty intense. She knew if no one pushed that student far no one would get there,” Kahler said. “Caroline was never afraid to ruffle some feathers to get where we needed to go.”

Vieux said Simpson cared deeply about the students she taught.

“She expected a lot, and gave as much as she expected,” Vieux said.

Numerous former students who have heard about Simpson’s death have contacted Kahler.

“Caroline did make a difference in so many student’s lives,” Kahler said.

He said they will always remember her.