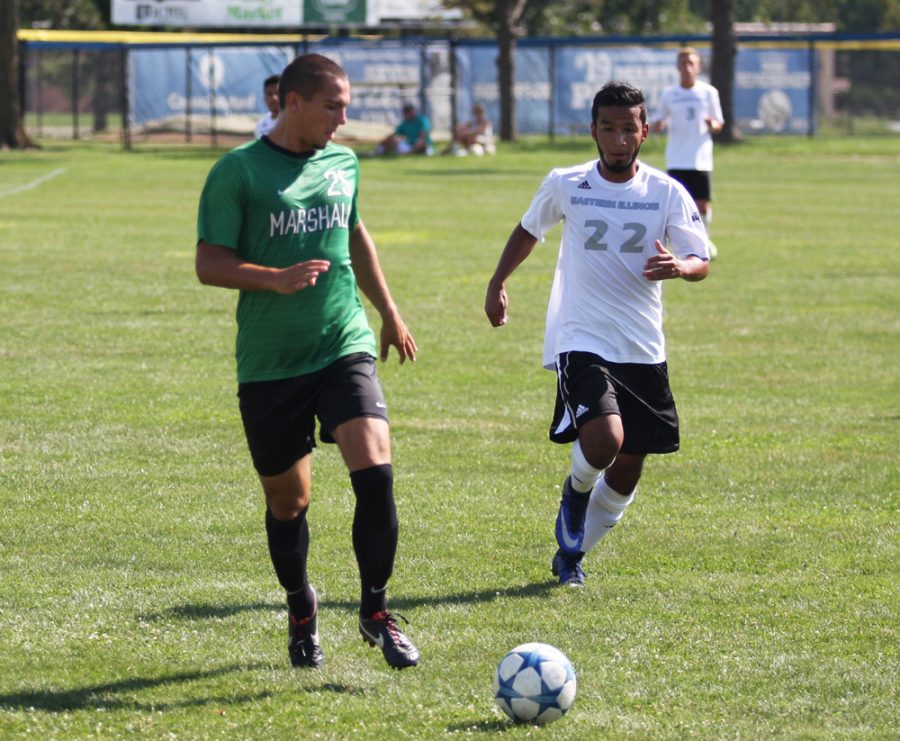 The men’s soccer team returns to Lakeside Field for senior day to honor the five seniors on the team.

The five seniors that will be honored on Tuesday’s matchup are Tim Pieper, Davis Wegmann, Miguel Carillo, Gabriel Puga and Fabio Collado. Pieper has played in 29 matches throughout his four-year career at Eastern. This year he has two shots on goal. Wegmann has seen the field for 56 matches in his four-years at Eastern and he is the team’s current leader with two goals and eight shots.

Carillo is the captain this year and transferred here last year from Iowa Central College. He has played in all but one match since joining the Panthers and earned his first goal earlier this season against Western Michigan. Puga is also a transfer and has seen some playing time in 12 matches since coming to Eastern. Collado is another transfer and has played in 13 matches. He has scored one goal and it came against Omaha last season.

The Panthers will host the Valparaiso Crusaders who have a record of 3-2-2 this season. They are from the Horizon League, a conference that the Panthers are familiar with having already played four teams from it. Eastern is currently 1-2-1 against Horizon League opponents.

Eastern and Valparaiso will be meeting for the 16th time and Eastern holds a 10-4-1 advantage against them. Isaiah Madrid leads the team with five goals and two assists, giving him 12 points this season. Madrid is second in the conference in goals and points. Nelson Landaverde and Ramone Howell each have two goals giving them the second most on the team behind Madrid.

Nico Campbell has been the primary goalkeeper for Valparaiso seeing all but 15 minutes this season. He has a goal against average of 1.49 and 17 saves. His only shutout of the year came in a 0-0 draw against Southern Illinois Edwardsville. The Crusaders will be wrapping up a four-game road trip against Eastern.

Eastern is in the midst of a three game losing streak after losing all of its games on the recent road trip. All five of the Panther’s losses have come by one goal this season. The match is set to start Tuesday at 3 p.m. at Lakeside Field.