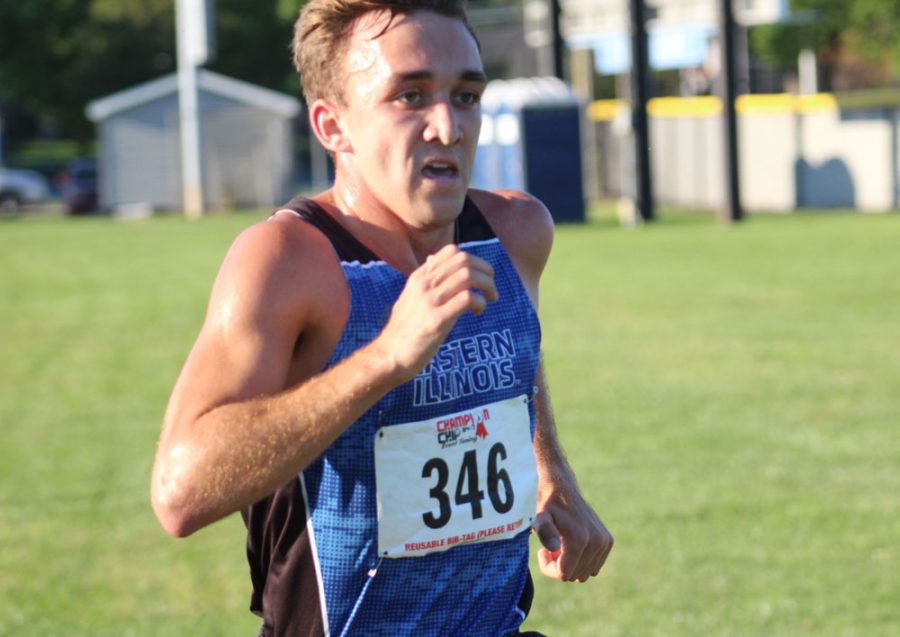 The season opener for the Eastern cross country team at the EIU Walt Crawford Open last Friday was a resounding success with both the men’s and women’s teams winning team titles with total scores of 33 and 17 respectively.

Eastern won the women’s title with a first-place finish by junior Maria Baldwin with a time of 17:48.92, which is a school course record; followed by the second-, fourth- and fifth-place finishers also from Eastern.

The Panthers ran with a pack mentality on Friday, and that is exactly what Baldwin aims for when they race, she said.

“Ruth, Rachel, Ivy and I are our top four; we work in a pack and play off eachother’s strengths to win a race,” she said.

Another point of the race was that conditions were perfect for the Panthers compared to the 90-degree heat index of previous years, Baldwin said.

“The weather affected us positively, as a team it gave us confidence and with this fast course, it made it easier on us,” she said.

On the men’s side, the Panthers managed to edge out a win without their star senior runner Riley McInerney, absent due to illness, but he said he will be ready for the upcoming meet at Illinois State on Friday.

Yunk said he had a positive outlook on the race for the season and is confident they can only get better from here.

“Running without Riley created a different plan, but it was something we had to overcome,” he said. “It was a good starting point for the season, and I know what I need to improve upon for the rest of the year.”

Now the team is preparing to compete and fight for a high spot at larger meets.

“It set the tone right for the rest of the season,” coach Erin Howarth said. “As a team, they put the ‘we’ before the ‘me’ during the race. That helped them come away with the team win.”

Looking ahead to the next race, the Panthers can expect to see a different team with McInerney returning and two additional freshmen running on the men’s side.