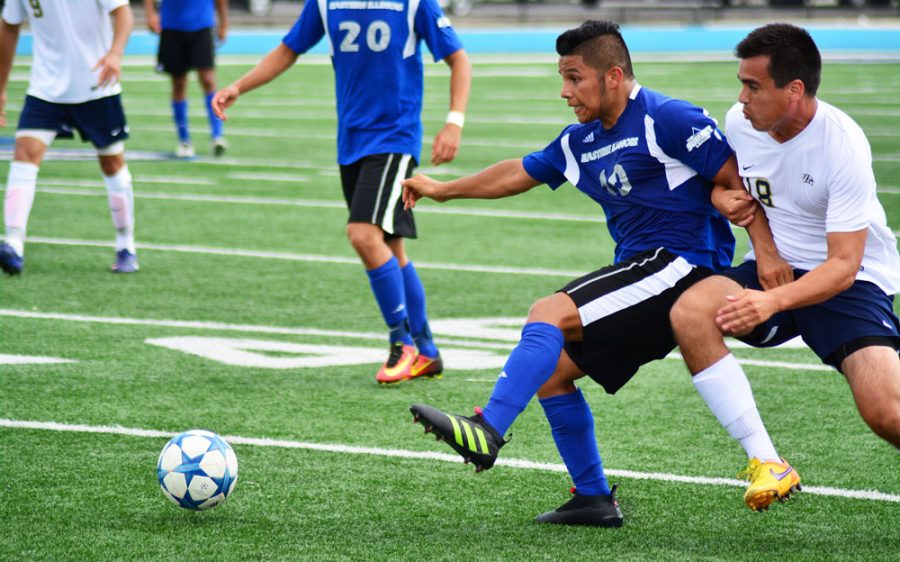 The Denver Pioneers were selected as the preseason favorite for the Summit League as they have won three consecutive league tournament titles for men’s soccer.

The league’s seven head coaches construct the preseason poll and the favorite is Denver, which is returning nine starters from a year ago. The Pioneers received six first place votes for a total of 36 points, enough to separate them from the rest of the league.

Denver will also start the season as the No. 15 ranked team in the country according to the 2016 College Soccer News Preseason Poll that was released two weeks ago. Dunk, Ford, Hamilton and Shinayashiki were all named to the “Players to Watch” list in the Summit League. Denver finished with a record of 15-1-3 last season going 5-0-1 in the Summit League.

For Omaha, they ranked as high as No. 22 in the nation last season and return first team selection Mark Moulton. Moulton was first in the league with 51 shots and was second in points with 20, totaling seven goals and six assists. Also returning is second-team honoree Fazio Alihodzic. Omaha finished 9-6-3 last season and 3-2-1 in league play.

Along with Denver, Omaha will have to battle three teams ranked in the preseason top-25. IUPUI, Oral Roberts and Western Illinois will each take on one ranked team in non-conference play. Moulton was Omaha’s lone player to make it on the “Players to Watch” list.

Oral Roberts received one first place vote after a trip to the championship match last year, its first since 2011. They finished with a record of 7-7-4 and 3-2-1 in the Summit League. They were runner-up in both the season and league tournament.

Western Illinois returns offensive player of the year in midfielder/forward Drew Whalen. Whalen led the league in both points with 23 and goals with 10. WIU’s record last season was 6-11-1 and 3-3 in league play.

Fort Wayne is predicted to finish fifth in the Summit League after going 5-12 last year with a record of 2-4 against the league. They return second-team honoree Jacob Murphy who is a midfielder. They also have midfielder Zach Tom on the players to watch list who led the team with 11 points in his first season. Tom was selected to the All-Newcomer Team and started 15 of 17 matches, while adding a game-winning goal.

Eastern and IUPUI round out the Summit League preseason poll, each of which earned just one conference win last season. Eastern’s junior defenseman Zach Medawattage was named as a player to watch after starting in 14 of 15 matches last season. Also returning for the Panthers is second-team honoree and goalkeeper Mike Novotny. Novotny earned a pair of Defensive Player of the Week honors last season.

IUPUI looks to rebound from a one win season last year with the addition of new head coach Brian Barnett. He inherits a roster that has almost as many newcomers as it does returners. The season officially begins Aug. 26.