Charleston Community Theater holds auditions for “The Queen of Bingo” 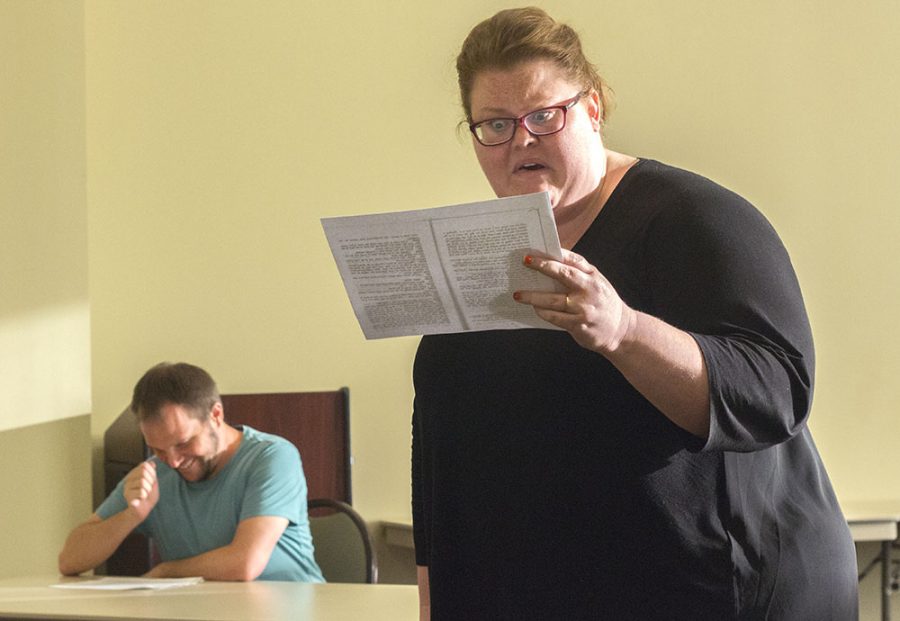 Charleston resident Lauren Schuberth auditions for the part of Babe in the play "The Queen of Bingo" Monday night in the Charleston Carnegie Public Library.

From the stage to the director’s chair, DQ Grill and Chill owner, Scott Brooks, 62, has taken on yet another production for the Charleston Community Theater.

Brooks will direct this season’s production of “The Queen of Bingo,” and auditions will be open to the public 6 p.m. Tuesday in the Charleston Carnegie Public Library .

Brooks directed two other shows with Charleston Community Theater before this season; those shows being the 2012 production of “Hallelujah Girls” and 2013 radio-play performance of “It’s a Wonderful Life.” He was also one of the only male roles in the company’s female rendition of “The Odd Couple.”

“This is kind of a unique situation…the board picked the show and had asked me to direct,” Brooks said. “I remember reading the full script about four to five years ago, but I didn’t remember much about it…I knew it was a comedy, so I went ahead and said ‘yes.’”

“The Queen of Bingo” is a show about two sisters in their 50s out on the evening at a bingo hall. The two women exchange gossip, discuss the happenings in their life, and carry the show from start to finish. The play takes place the evening at a Catholic school,

The lead roles consist of Babe and Sis, with the male supporting role of Father Francis McKenzie Muldoon, who is the assistant pastor at the St. Joseph’s Catholic Church in the show.

Sis is a widowed woman who genuinely enjoys playing bingo with her sister. Babe is a little more competitive and eager to win on their big night out.

This comedy was performed on both a community and professional level. The professional traveling show traditionally has two men casted as the two lead female roles, with supporting actors.

Brooks said the script was originally written to have two women play the leads, but he is opening the roles for men to audition, as well.

The Charleston Community Theater will be holding auditions for their upcoming production of “The Queen of Bingo” at 6 p.m. until 7:45 p.m. on Tuesday. Auditions will be in the lower level of the Charleston Carnegie Library.