Students talk about being ‘Stuck in the Chuck’ 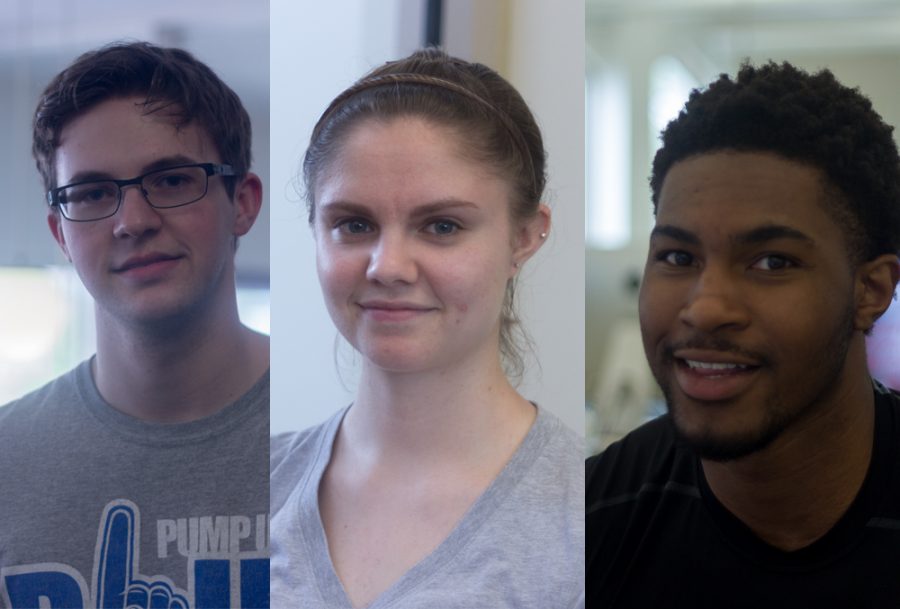 Students use their summers in various ways whether its to fit in some extra classes, experience through volunteer work or internships, studying abroad, or enjoying a break and time with friends.

Often the reduced population can give the campus an entirely different feel, or one might meet different kinds of students.

Eric Wiles, a pre-nursing major, will be a senior in the fall and is taking summer classes at both Eastern and Lake Land. Wiles says both campuses are nice, although Lake Land has a smaller campus and fewer people around, particularly during the summer.

Wiles lived in Arizona before moving to Illinois. He lived in Charleston for four years and currently lives in Oakland. He commutes twenty minutes to Eastern every day for his summer classes.

Alison Stangel, a music and Spanish double major from Chicago, will be a senior in the fall and has gone home for the past couple summers, but is staying at Eastern for the first time this summer.

Stangel went to a community college the summer after her freshman year. She says she “knows Eastern better,” and when she went to her community college, it was just a four-week class; she “just felt really out of place.” “It is nice to just keep being here at Eastern,” where she feels more “at home,” she said.

“It is nice to just keep being here at Eastern,” where she feels more “at home,” she said.

Cedric Johnson, a freshman communication studies major from Chicago Heights, says he stayed in Charleston over the summer to take extra classes, work and get back on the football team.

“Every semester, I’m improving,” he said.

Johnson said college is “what you make it,” but he also says he has noticed that “every teacher has different regulations.” Johnson said he prefers classes taken in person compared to online because everyone has a different learning style such as visual or auditory and online classes tend to just be “read from this book and do the work.” He also says it is easier to work with the teacher for in-person classes compared to online.

Wiles says he became interested in nursing because his mom is a physical therapist assistant. “I wanted to do something along the lines of medical. I choose that because nursing was less schooling than a doctorate,” he said.

Last summer, Stangel studied abroad in Spain where she was able to practice her Spanish speaking skills for all of June and France for all of July. She really enjoyed western Spain, she said. Stangel is looking into participating in the Peace Corps or Fulbright program after graduating from Eastern.

She is considering teaching English abroad, but is also looking at the broad range of experiences the abroad programs’ offer. She says she prefers Fulbright because they only require one year compared to the Peace Corps two-year commitment; With Fulbright you can live in cities instead of just areas of need.

During his first year, Johnson has cut hair for a few friends, who told a few others, and now he cuts several people’s hair at Eastern. Because of this experience, he is thinking about adding a business minor to his degree and opening a business after college.

The National Collegiate Athletic Association (NCAA) regulates athletes and athletic organizations, and they limit the number of years a student is eligible to play a sport. Red-shirts are allowed to practice with the team, but it does not affect the number of years the student is eligible to play because they are not participating in official games.

“I was a walk-on. I didn’t have a spot; so I had to learn everything,” he says. Johnson has been able to learn a few plays, how to manage his position, which is safety, as well as develop techniques and skills, he says.

Strangel was in the marching band for three years in high school where she played the flute and also wanted to continue with her interests at the college level. She has played the Piccolo in Easterns’ Marching Band.

Wiles is in the the 2 + 2 program. He spends two years here and two years at Lakeview.