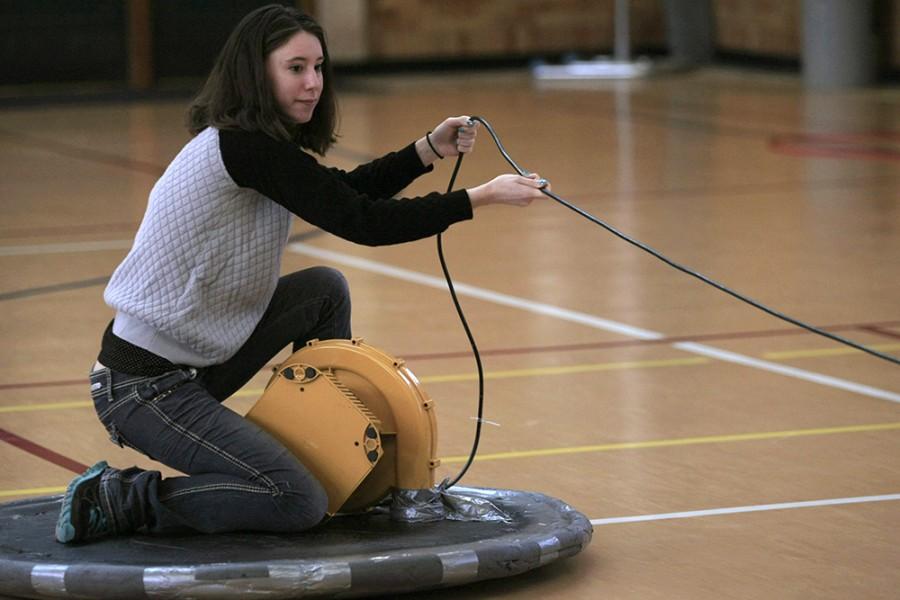 While there were four entries in the competition last year, there was only one person who entered this year.

Dan Curtis, a senior geology major, said he was part of the competition last year and wanted to be part of it again.

“It seemed like fun to build stuff, especially something like (a hovercraft),” Curtis said. “I was trying to build a better one for this year but there was no competition.”

Curtis said he is part of the Physics Club and is friends with the coordinator, Stevie Momaly, a graduate student studying sustainable energy.

Momaly said the Hover Cup is a great way to get people to do something with their hands and that making a hover cup is a fairly simple project for people to do.

“I had a broken table and cut a circle out of a shower curtain and stapled and duck taped it to the top,” Momaly said. “I also have a nut, bolt, and a washer on the bottom and a CD.”

Momaly had holes cut into the bottom of the shower curtain for the air to come out. She said if the air is coming out evenly it creates an air pocket.

“All you really need is a round board, at least for this style, there are different designs, a plastic curtain underneath that is secured to the board, and a piece in the center of the board with hole cut around it for the air to go through,” Curtis said.

The holes that are cut in the bottom of the board help push the air through the air pocket and lift the board off the ground.

Curtis said building his board took a couple of hours on occasion over about two weeks, while Momaly did a couple of different versions.

“It’s a fairly easy project and its just kind of fun, even if you’re not into it,” Momaly said.

She also said she wants non-physics majors to participate and she also wants the high schoolers in the area to come and participate.

“Its something I believe everybody can do,” Momaly said.

Momaly said there would have been prizes for the winners, but because the competition did not officially happen, she said the prizes would be split between the volunteers that helped her and Curtis.