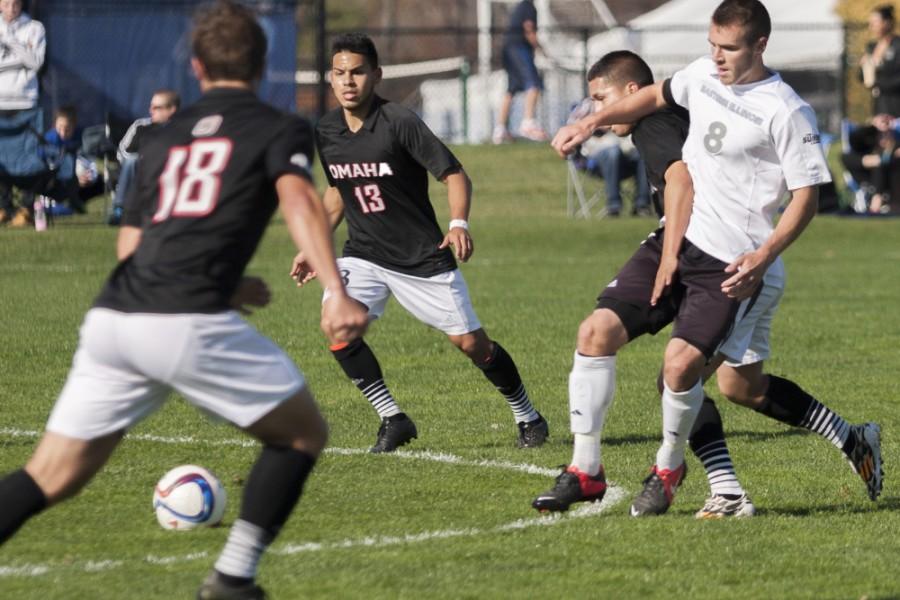 Senior Nick Smith of the men’s soccer team is one of three male finalists for the NCAA’s Walter Byers Scholarship. It will be awarded to one recently graduated NCAA male and female student-athlete.

The Walter Byers Scholarship is a scholarship program that recognizes the top male and female scholar-athlete in NCAA sports. It is considered the highest NCAA academic award.

Smith will have an interview Monday, and he will find out if he will be awarded the scholarship just two days later. He has maintained a perfect 4.0 GPA majoring in biology/ pre-med with a minor in neuroscience.

The scholarship is worth $24,000 and would go towards Smith’s medical school and help him out for the first two years, he said. Tuition for medical school is usually around $40,000 to $60,000.

Every school typically nominates an athlete they feel is deserving of the award, but Smith did not know how many student-athletes were named at the beginning.

“I didn’t know about the scholarship until this fall when Cindy Miller and Jim Davis let me know about it because they said they were going to nominate me for it,” Smith said. “So then I went through the application process and then I found out in March (that I was a finalist).”

Smith has already been accepted to seven medical schools, but he does not know which he will attend. He is also just the second finalist from Eastern joining former baseball player Brian Morrell who was a finalist in 2010.

Although Smith had to dedicate a lot of time to being a member of the soccer team, he said that is what helped him succeed so well in the classroom.

“I think being a student-athlete has been a key to success for me,” Smith said. “Athletics has really provided balance and structure to my life.”

During his career at Eastern, Smith netted two goals and recorded three assists. He was also named to the Summit League Distinguished Scholar list three times.

Although Smith has not chosen where he will attend medical school, he has narrowed it down to Chicago and Pittsburgh.

Smith is from Bolingbrook, Ill., a native of the Chicago area.

“I think I have to look for what program is going to be the best for me in terms of where I see myself as a physician later on,” Smith said. “So deciding based on which program has the better specialty or training for a specific specialty that I want to go into.”

Kiki Lara was in his first year as the Eastern men’s soccer team’s head coach, but had high praise for his senior.

“Nick is very deserving of being named a finalist for this prestigious NCAA scholarship award,” he said. “Nick was a role model for other student-athletes to follow with his hard work both in the classroom and on the soccer field. He is someone who has truly represented Panther athletics.”

Smith will head to Indianapolis Monday for his interview with a chance to beat out the other two male finalists.