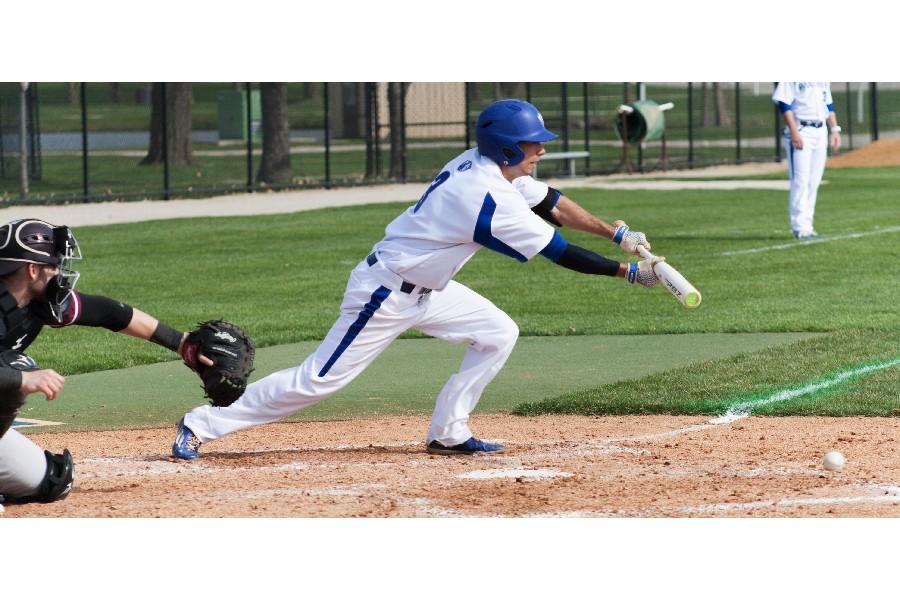 Freshman Dane Toppel has 13 runs and 16 hits on the season for the Panthers.

The Eastern baseball team is fresh off its largest victory of the season, and now prepares for its second conference matchup of the season.

The Panthers wrap up their four-game home stand with a three-game series against conference-foe Jacksonville State. Series action gets underway tomorrow with game one at 3 p.m., and will follow through Saturday afternoon.

The Panthers have yet to top a team in the Ohio Valley Conference, as they were swept by Austin Peay in a three-game series earlier this season. Eastern has struggled against some solid competition to begin the season, but the team saw its offense come to life last game.

The Panthers saw their record improve to 3-17 this season with a 14-0 victory against Robert Morris-Peoria.

With the victory in the books, the team has a tall task ahead of them as the Gamecocks come to town. Jacksonville State has been dominant so far this season with a 13-6 record overall, and 6-0 in OVC play. The Gamecocks have knocked off Southern Illinois-Edwardsville and Austin Peay in their first two conference series matchups. Jacksonville State’s biggest win of the season was a 25-12 rout of Austin Peay to complete the sweep.

In their quest to hand the Gamecocks their first loss of the season, the Panthers will have to find consistency.

The Panthers will have home-field advantage though, and that is something they went without for the first 19 games of the season.

Eastern may have caught Jacksonville State at a vulnerable time while the Gamecocks are coming off a 10-7 loss to Samford.

With momentum on the Panthers’ side and a loss fresh on Jacksonville State’s minds, this may be the time for Eastern’s first OVC win of the season.

Pitching will be crucial as always for Eastern, and the team is sending out three upperclassmen to take on this series. Junior Michael McCormick will open the series on the mound for the Panthers as he continues to search for his first win this season. McCormick is 0-2 in six game appearances so far while holding a 7.11 ERA in those games.

Following McCormick will be senior Matt Wivinis in game two of the series. Wivinis is 0-4 to start the season, and holds a 4.32 ERA in five appearances. While Wivinis has yet to earn a win, his last time out on the mound was one of the best performances of his career. Wivinis allowed one unearned run in 9.1 innings pitched in an extra-inning loss to Memphis.

Finally in game three of the series, Eastern will send senior Brendon Allen to the mound. Allen is 0-3 this season with an 8.84 ERA in six appearances.

While the pitchers battle on the mound, the Panthers’ offense will try to back them up with some runs. Eastern’s offense has sparked lately and has been led by some younger players on the team.

Sophomore Cale Hennemann has proved to be one of the best hitters on the team this season with his consistency at the plate. Hennemann has started every game this season, and holds a .325 batting average to follow that. He also leads the team in RBIs with 13 so far this year.

Joseph Duncan has also been a key hitter for the Panthers, as he holds a .286 batting average.

The man in charge of this Panthers squad is head coach Jason Anderson in his first year. While Anderson continues to gain experience in his first season, he will go up against a Gamecocks’ coach who is well-known.

Jacksonville State coach Jim Case is in his 15th season with the Gamecocks, and has a 421-351 record through the years.

The Panthers will attempt to add to his losses with the three-game series beginning Thursday afternoon.