Two seniors to be honored at women’s basketball game 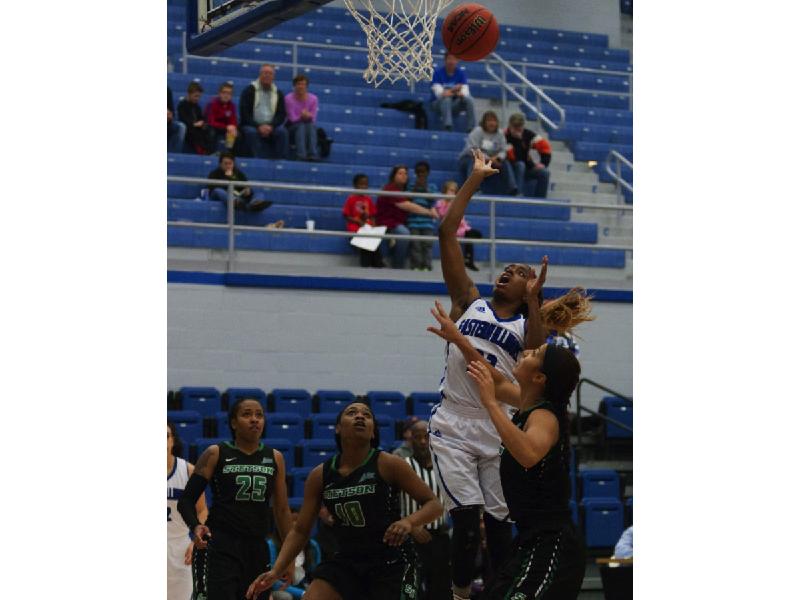 Red-shirt senior Shakita Cox has 264 points in 27 games averaging 9.8 points per game on the season.

The Eastern women’s basketball team will honor two seniors on Saturday for the final game of the season against SIUE.

Shakita Cox and Alece Shumpert will play their last game on Saturday. Cox transferred to Eastern from Eastern Arizona College and immediately became a starter for the Panthers. She started all but one game throughout her two years here. She has had a successful senior campaign averaging 9.8 points per game this season. Cox also leads all teammates with 41 steals on the season.

Shumpert is the only Panther on the team that has played all four years here at Eastern as it started with her playing in 18 games her freshman season. Injuries tarnished her sophomore season, but she bounced back her junior season, averaging 10 points a game over the last six games of the 2014-15 season.

The senior started the first seven games of this season and has seen playing time in 24 games. She is one of the team’s top three-point shooters as she leads the team in attempted three pointers and is tied with fellow senior Cox in made three-pointers.

After already being eliminated from postseason play, the women look to end the season on a positive note. Eastern is 3-24 on the season and 2-13 in the OVC after a big 91-52 loss to conference leading Tennessee-Martin. SIUE heads into town already owning a spot in the conference tournament after going 16-12 in the regular season with an 11-4 record in conference play.

The Cougars have won just two of their last five games but just recently defeated Southeast Missouri on the road by a score of 89-75. A win on the road against the Panthers will put them at .500 on the road this season, as they are currently 7-8 away from home.

Eastern fell to SIUE in late January, 87-75. The Cougars, at the time, were the leading team in the OVC, and Eastern came as close as four points in the fourth quarter before SIUE was able to pull away and seal the victory. Freshman Halle Stull had a big game for the Panthers off the bench in that game as she scored a team-high 19 points, while adding 11 rebounds.

SIUE had five players that scored double-digits in the game including Shronda Butts, who had 20 points, seven rebounds and six assists. Eastern shot 55.2 percent in the second half to keep the game close and even outscored SIUE, 32-17, in bench points, but that was not enough to catch up with the Cougars.

The game will get underway in Lantz Arena Saturday at 1 p.m.