Speaker lectures on women in the Dust Bowl 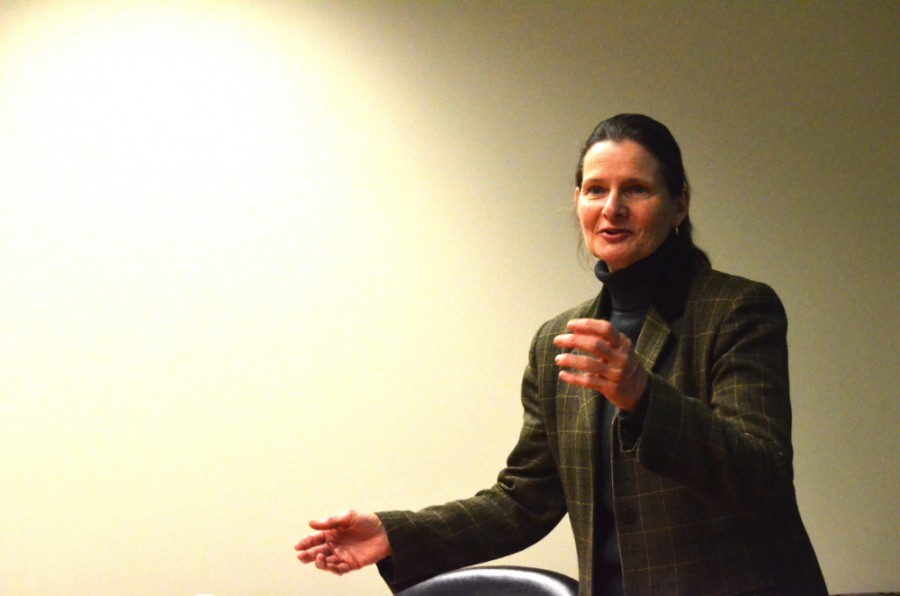 Debra Reid, history professor and panelist for the Booth Library event, talks about Illinois agriculture and how the plow broke the plains on Feb. 4.

An Eastern assistant professor will be sharing the experiences of what women went through during the Dust Bowl.

Bonnie Laughlin-Schultz, an assistant professor of history, will present the “Recapturing the Experiences of Women in the Dust Bowl: The Life and Writings of Caroline Henderson” on Feb. 16 in the Witters Conference Room 4440 in Booth Library.

This is a part of Booth Library’s spring exhibit and program series, “Dust, Drought, and Dreams Gone Dry.”

During the 1930’s the Dust Bowl swept over the Great Plains, destroying their crops and damaging the ecology and agriculture of the prairies.

According to Laughlin-Schultz, the majority of stories often heard about the Dust Bowl revolve around men, but plenty of extraordinary women also made history during this time period.

Caroline Henderson, the focus of Laughlin-Schultz’s presentation, was one such woman.

During the harsh times, Henderson wrote a series of letters and articles called “Letters from the Dustbowl.” In her letters she mentioned the daily struggles her community had to face during the horrible conditions on the southern plains. She included portraits of the farmers affected by the Dust Bowl and spoke about how America was becoming more urban and industrial.

Laughlin-Schultz said Henderson believed in Franklin D. Roosevelt and his New Deal policies through the Great Depression and the Dust Bowl.

Laughlin-Schultz said that when she thinks of women who experienced the Dust Bowl, hardship and perseverance are the two words that come to mind.

Janice Derr, interim head of circulation services for Booth Library, said the presentation will be a great opportunity for students to gain a better understanding of what day to day life was during the Dust Bowl.

The Dust Bowl exhibit has three more events before its conclusion Feb. 26.

“So far we have had a great turnout at all of our events,” Derr said. “I’m pleased to see so many students attending.”

The next event will cover “The Politics of Drought in ‘The Grapes of Wrath’” in the Witters Conference Room 4440 in Booth Library Feb. 17.