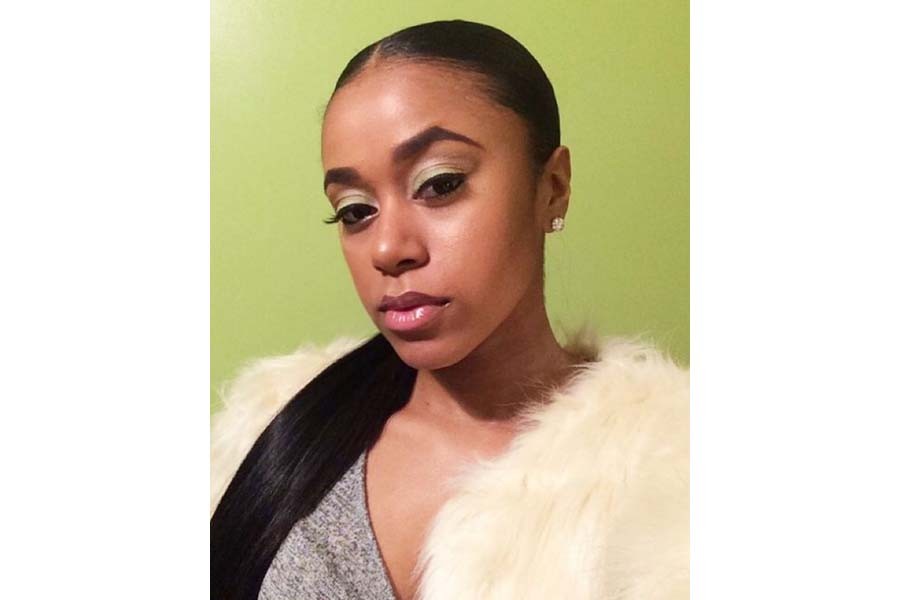 Chanell Hall passion inspires her to start her own makeup business.

Amateur makeup artist Chanell Hall launched her own business last semester, offering full-face makeup for a fee of $35. Hall, 20, is a sophomore family and consumer sciences major with a business minor. She has been doing makeup on others since her freshman year.

Hall said that her favorite looks to do are natural faces. She said she likes to focus on everyday natural makeup rather than more dramatic alternatives.

“I like to enhance the beauty not change who the person is,” she said, “I want the person to still look like themselves but enhanced.”

Hall has been practicing using makeup since she was young. She said that when she was a little girl her mother’s friends used to give her makeup. Eventually she had several boxes to work with.

She then took to YouTube, watching tutorials and how-to videos to learn different techniques. She practiced on herself, honing her skills as a makeup artist.

When Hall got to college, others complimented her on her skills. Some students asked her to do their makeup, and she agreed. She said that is how she made some of her friends when she was a freshman.

The switch from doing makeup as a hobby to making it a business came at the beginning of Hall’s sophomore year. She said one of the biggest factors that lead to this change was her mentor, Amanda Holloway.

Alumna Holloway had a similar business during her time at Eastern. She and Hall met when Holloway posted a request for an assistant on Instagram. Hall said Holloway broke down a lot of the steps and methods of applying the makeup.

When they first started working together they did a friend’s makeup together, each doing half her face. Holloway said she would never know that one person did not do the whole face.

Holloway said that she was not initially looking for a long-term assistant when she made the post.

However, after working with Hall she said she wanted her to take some of her clients.

“This girl had so much potential,” Holloway said, “She has to go further with this.”

Speaking of Hall’s skills, Holloway said that they are innate and that she is a natural. Though she was already good, she’s gotten better.

Holloway said that under her instruction Hall improved on her eye shadow blending and use of transition colors to create the desired gradient look.

Hall said that Holloway was the person who encouraged her to start charging for her work.

Allison Oates, a regular customer, said that Hall’s work is natural, elegant, and priced right. She is efficient and makes customers feel comfortable.

“She really knows what she’s doing,” Oates said, “I would refer her to anyone.”

Hall also works with Couture Models, doing makeup for events and photo shoots. She said she was originally approached on the premise of doing nails for them, but now focuses more on makeup. She had not worked on a large group of people at one time before working with them and said it was a good experience for her to challenge herself.

Hall uses numerous products but she said some of her favorites are NYX setting spray and matte lip-glosses. She also uses a lot of Revlon products. Hall said she has not explored some of the more expensive brands because some of the drugstore varieties can do just as well if not better.

“Just because it’s an expensive name doesn’t mean it’s the best product out there,” she said.

For those just beginning to experiment with makeup, Hall suggests using lip-gloss, mascara and filling in the eyebrows. She also advises beginners that it is hard to have a steady hand at first.

“Practice is key,” she said.

If in a pinch for time, Hall suggests foundation, liquid eyeliner for top lid, a pencil for bottom lid, lip gloss, and bronzer or blush depending on how much time is available.

When asked why she enjoys doing makeup, Hall said she is able to express herself through a form of art.

“The face is like a canvas,” she said, “I’m doing something that is really fun for me.”