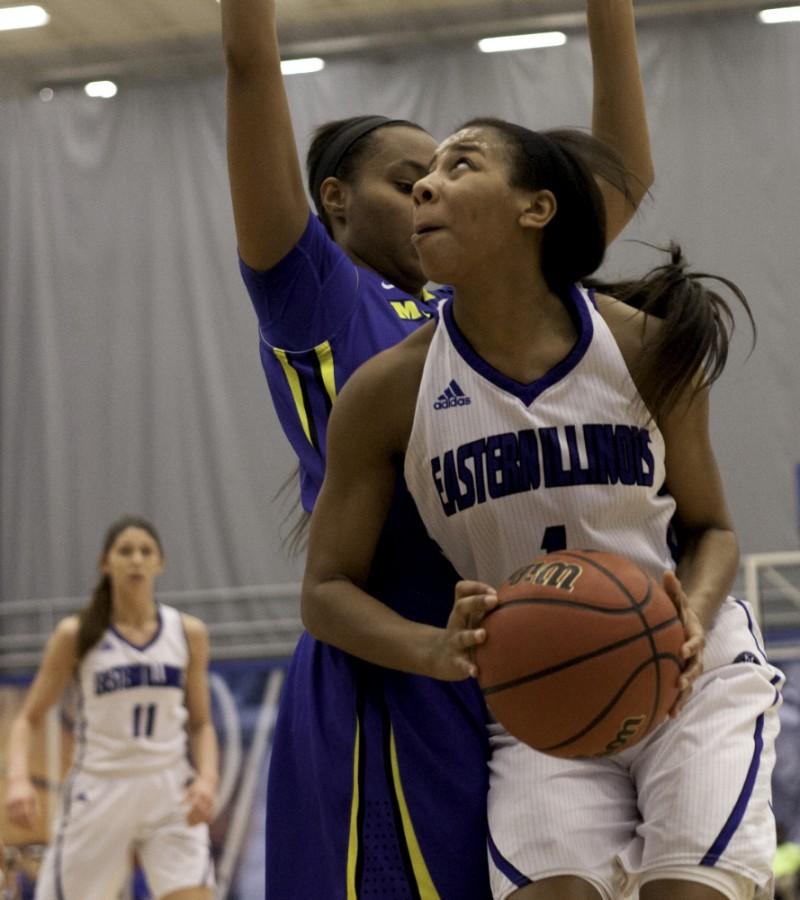 Women’s basketball started off the game hot, but fizzled out in the second half as they lost their 17th straight game to Morehead State.

Junior Phylicia Johnson and freshman Halle Stull each earned career highs as they lead the Eastern offense. Morehead State won the game 85-77 during a big third quarter where they outscored Eastern 22-13.

Johnson has earned playing time through her hard work in practice this season.

“I’ve just been working in practice a lot because I wanted to get that starting spot and I know I can bring a lot of energy to this team,” she said.

Eastern shot 51.9 percent from the three-point line as they made 14 three pointers in the game. That is the most they have made in a game this season. The loss drops the Panthers to 1-17 and 0-6 in the OVC. Morehead State is now 7-12 and 1-4 in conference play.

Eleven of Johnson’s 19 points came in the first quarter, as she was three for three from beyond the arc. Eastern maintained their lead through the second quarter although Morehead State closed out the first half on a 7-3 run. The Panthers lead at the half 41-38.

Head coach Debbie Black likes what she has seen from Johnson as of late.

“She brings energy for us,” she said. “She rebounds for us. When she’s shooting the ball that well that’s even better. That’s good stuff, that’s positive for us and we just have to keep building on this as we play UT Martin on Thursday.”

The third period is where it all started to go downhill for Eastern as Morehead opened up the second half on a 10-1 run to take the lead 48-42. The Panthers came back with seven straight points to regain the lead with 5:16 left to go in the third. Morehead State shot 43.8 percent in the third and closed out the quarter on a 9-3 run.

Black was proud of the team’s first half effort, but sees the third quarter as a reoccurring problem.

“The third quarter seems to be our biggest problem,” she said. “I felt in the first half we played as good of a game as we could’ve played.”

Once Morehead State took the lead, they didn’t look back. They led by as much as 13 points in the fourth quarter as they had an answer for every Eastern bucket. Morehead State also won the rebounding battle 52-39 and that helped them outscore Eastern in the paint 40-18.

Black has been stressing the importance of rebounding to her team all season.

“People will score, but defense is going to win games and rebounding,” she said. “If you can do that and we haven’t been really good at it and there’s a reason why our record is what our record is.”

Eastern will wrap up its three-game home stand against UT Martin on Wednesday.