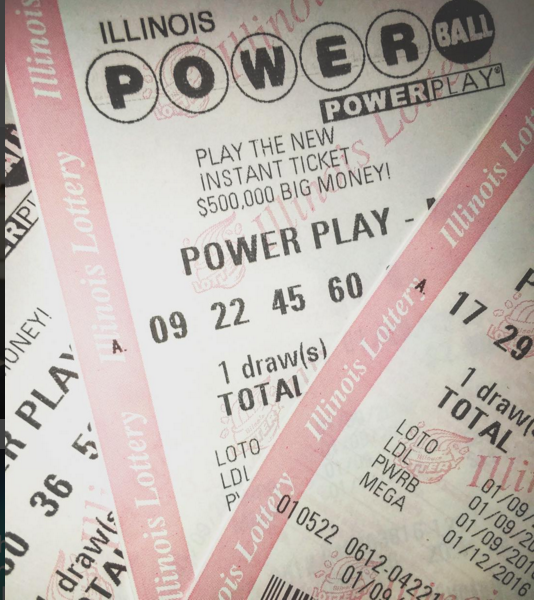 Students and residents were rushing into local gas stations on a cold and icy Tuesday to get their tickets for a chance to win the largest lottery jack-pot for one winner in history, a Powerball of $1.5 billion.

If someone purchases the winning ticket, that person would receive $930 million pre-tax lump sum, which could pay for 51,614 students’ tuitions at Eastern.

Penny Pierce, a Mach 1 gas attendant, said a lot of people who come in are trying their luck with buying Powerball tickets.

“Everybody has come in; I think everyone wants a Powerball ticket,” Pierce said.

Pierce said she knows exactly what she would do with the money if she purchased the lucky ticket.

“I’d be out of here so fast and I would no longer work; I would be a jet setter,” Pierce said. “Every day I’d be in a different place, maybe Bora Bora, the Caribbean, Hawaii, Jamaica, the Bahamas, Italy and Europe.”

Nicole Evans, a Hucks gas attendant, said she has seen many people purchasing tickets throughout the day.

“A lot of people are coming in to get them today; it’s a variety of people,” Evans said.

Charleston resident Shannon Armstrong said she would first take care of her family if she won the lottery.

“I would love to start a tutoring program for underprivileged children,” Armstrong said. “But I would first love to sit on a beach somewhere.”

Armstrong said one of the negatives of winning the Powerball would be having the will to say no to everyone needing help.

“They do say money is the root of all evil,” Armstrong said.

Charleston resident Ken Helm said he has some plans in case he ends up winning the jackpot. “I’d probably retire early, and I would definitely give back to the community,” Helm said.

Along with the community members, many Eastern students were in line to purchase their Powerball tickets.

John Pekovitch, a senior applied engineering and technology major, said if he won the lottery, he would share his winnings first.

“Well I think I would split it with my family first, like my brother and my two parents,” Pekovitch said.

Michael Chism, a junior kinesiology and sports studies major, said he would buy his dream house and cars if he won.

“I would build a house out west somewhere, and make sure my family is well off too,” Chism said.

“My children said they would like to buy a zoo, and I said that we already live in a zoo,” Taylor said.

Frida Arellano, a junior political science major, said she purchased one ticket and is crossing her fingers to hear her numbers announced as the winner.

Morgan Shaffer, a senior communication studies major who purchased three Powerball tickets, said she would definitely get a tax lawyer first and pay off her own student loans if she won the $1.5 billion.

“Then I would play off my mom’s student loans, put money into an account for my sisters, since they are in school now,” Shaffer said. “I would do a lot of shopping, buy some Louis Vuitton, and buy a house in every major city.” 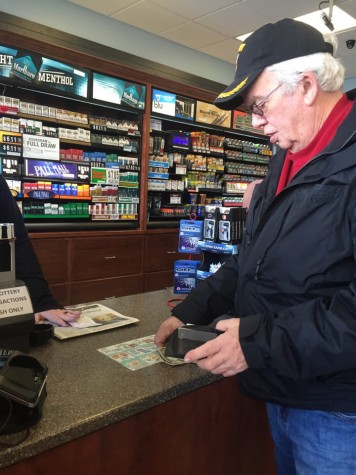 Roger Smith, a resident of Charleston purchases Powerball tickets at Mach 1 on Tuesday.