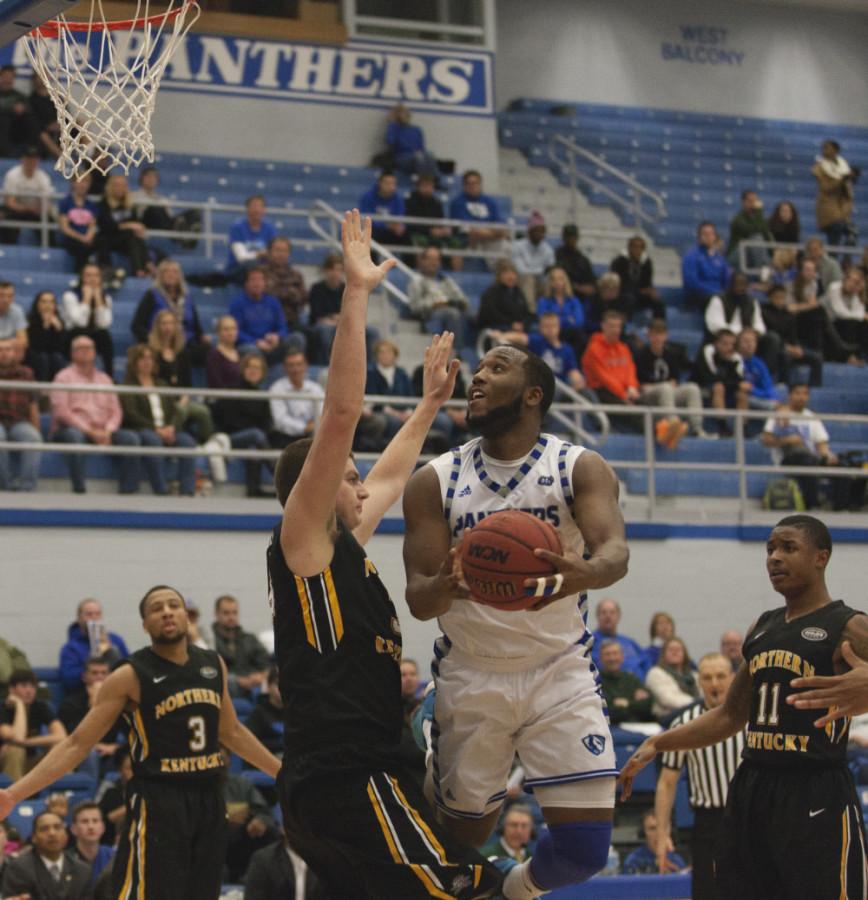 For the second time in two weeks, the Panthers had a halftime lead over in-state rival Western Illinois, but ended up losing the game on Saturday.

Eastern shot 52 percent from the floor in the first half, and went into the locker room with a 32-29 lead. The second half was a different story, as the Panthers were 9-for-33 from the floor. Western was able to turn some of the Panthers’ misses into points, in route to a 64-57 victory.

Guards J.C. Fuller and Garret Covington, who finished with 24 and 11 points, respectively, led the Leathernecks.

Eastern coach Jay Spoonhour said it is frustrating that the Panthers cannot figure out how to close out games.

“We’re knocking on the door, but it’s just frustrating,” Spoonhour said. “We’re doing enough to stay in games, just haven’t figured out how to do it.”

Spoonhour said that to improve the Panthers’ rebounding woes, they need to get the guards involved.

“Rebounding’s getting to the point now that teams can figure out they can rebound on us,” Spoonhour said. “That’s why we need the guards to come flying in and get some. But that hasn’t happened, so we’ve just got to keep getting on them.”

Western began the second half with an 18-6 run, which included a 3-pointer by Fuller that gave them a 39-36 lead. Western was 3-of-17 from 3-point range, with all three coming from Fuller, but one media timeout later, and the Panthers were back in the game.

Eastern went on an 8-2 run, which cut the deficit to three, 49-46. Fuller then hit his second 3-pointer of the day, pushing the lead back six. The Panthers went on a quick spurt after that, which culminated in a three by Johnston to make it a 53-51 Western lead with 3:38 to play.

But at the end the Leathernecks were able to hit enough free throws to win the game. Western was 12-of-20 from the foul line, with Fuller and Covington going a combined 12-of-18. Spoonhour credited Riley for slowing down Covington, who came into the game averaging 16 points.

Covington was 2-of-10 from the floor on Saturday.

“Covington got a couple of buckets early, but after that Riley was great defending him and slowed him down,” Spoonhour said. “He’s hard to guard, that’s why he got to the foul line.”

With final exams this week, the Panthers will have the week off before traveling to Houston on Saturday. This will be Eastern’s second game of the Global Sports Classic tournament, which will end in Las Vegas on Dec. 22.

The Cougars are 5-1 this season, which included a 93-78 victory over Murray State. They are in their second season under former Oklahoma and Indiana head coach Kelvin Sampson.

“We haven’t done it yet, but maybe we can figure out how to close out games at Houston,” Spoonhour said.