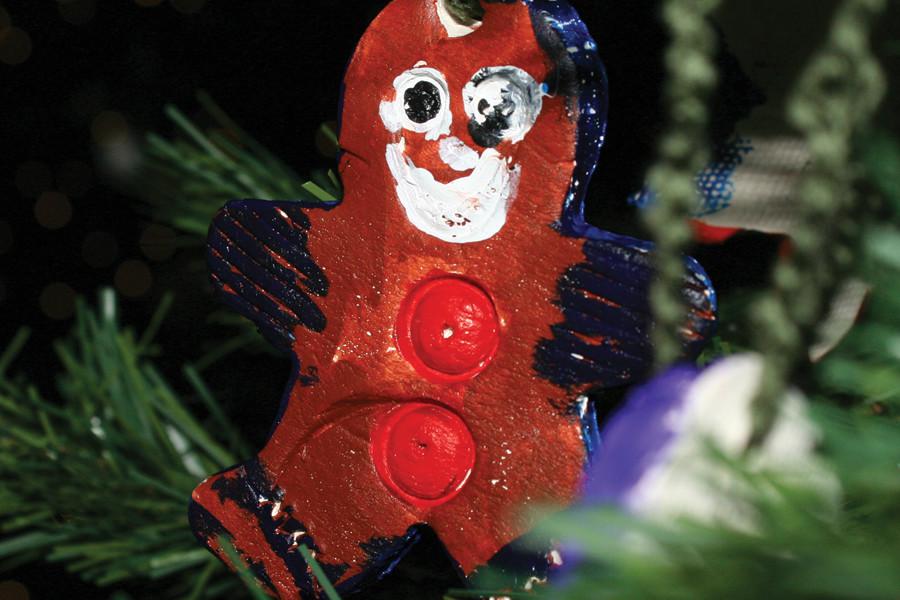 An ornament made by a student from Jefferson Elementary School hanging in Old Main.

Six Christmas trees will be on display in Old Main in preparation for the traditional holiday gatherings.

Community members are able to come and join the Eastern community during the annual event.

This year, the gatherings are called “A Magical Holiday at Old Main” and will also display six decorated holiday trees.

Vicki Woodard, coordinator of public information, said the trees have been part of the tradition for a while.

According to a press release, students at the Ashmore, Carl Sandburg, Jefferson, Mark Twain and Lake Crest, Oakland elementary schools did the decorations on five of the trees.

“Each year has had a different theme,” Woodard said. “The students try to match the ornaments they are making to the theme of the gathering.”

Woodard said there seems to be an increase in attendance during the night gathering so families can see their child’s decoration.

Woodard also said it is a good event for the community to participate in as well.

“It’s a good opportunity to be able to give the community an outlet and a reason to come to campus and get to know it,” Woodard said.

Parking is available after 5 p.m. in most university parking lots, there will be parking in the “X” lot, east of Old Main available for those attending Friday’s event.

If family members cannot attend the gatherings but still want to see the ornaments their kids made for the trees they can still see them at a public viewing between 7 a.m. to 5 p.m. until Dec. 14th.