The Eastern volleyball team may have lost its first game of the Ohio Valley Conference team but that does not take away everything they accomplished in the regular season.

The Panthers finished the season with an 11-6 record with everyone on the team contributing to the team’s success.

For coach Sam Wolinski, this was her first season as the coach of the Panthers.

“I think it was a very good to be quite honest with you,” Wolinski said. “We ended up with a winning record so I think you’ll take that anytime.”

In her first season she improved the Panthers’ OVC record from 8-8 to 11-6.

“Obviously I think we’re all disappointed just not winning that initial match in the OVC tournament but I don’t think that should detour from the great things we accomplished this season.”

Freshman Taylor Smith was a player who came into Eastern for her first year and was used in many different roles and found success everywhere on the court.

Smith was not the only freshman who came in and made an impact on the team in their first year.

Freshmen Anne Hughes and Nicole Schladt were both to strong defensive specialists for the Panthers. Schladt did not see too much action but got the job done when she was in there.

Freshman Abby Knight stepped into a bigger role when Abby Saalfrank was out for a few matches.

“I thought Abby Knight did a good job when we asked her to play on the right side when Abby Saalfrank was out for a while and couldn’t play,” Wolinski said. “She was just the ‘Great Wall of China’ out there in essence and that’s what we needed her to her to do with her block.”

Senior Stephanie Wallace was a captain along with fellow senior Marah Bradbury and was the libero for the Panthers in her time at Eastern. Wallace broke the Eastern all-time digs record finishing the season with 574 digs and her career with 1,965.

Wallace may have broken the record, but being a leader on the team was more important for here.

“Becoming the dig leader is a great achievement but just being a leader had a greater impact on the team,” Wallace said.

This was Wallace’s final season on Eastern and she said she is happy with how things turned out.

“Despite our loss in the tournament, we had some great accomplishments throughout the season and I’m happy with how it went,” Wallace said. “I couldn’t have asked for a greater group of seniors to play with for the past four years.”
Bradbury led the team in assists with 743 but an injury to her hand prevented her from getting more in the latter part of the season.

Bradbury was consistently the Panthers’ assist leader night after night, but the injury forced her to take on a different role and have limited playing time.

“I think Marah (Bradbury) was having a very good year as well up until the injury unfortunately,” Wolinski said.

Wolinski referred to Nesbitt as the “sixth man off the bench” in basketball, Nesbitt did not start  but came off the bench and got the job done when needed.

Sophomore Allie Hueston improved her digs number from 267 to 299. Hueston played in the middle for the Panthers and consistently reaching double-digit kills each night. She was in double-digit numbers 12 out of the 17 matches Eastern played.

Wolinski said that you can count on her to get the job done in every match. 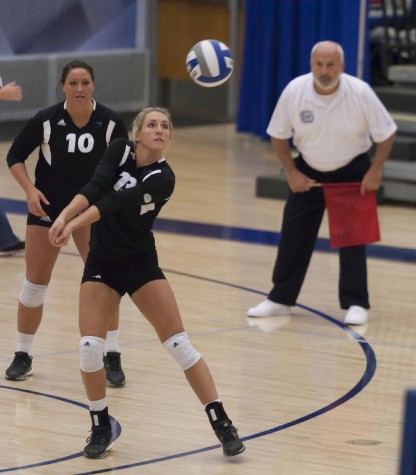 Jason Howell
Sophomore outside hitter Maria Brown played in 26 matches this season and had 2.44 points per set and 2.08 kills per set.

Overall the Panthers had a successful season. They were the only team to beat Murray State in the regular season and also had a few big comeback wins.

In a match late in the season, Eastern trailed Southern Illinois-Edwardsville 2-0 and won three straight to get the key conference win. In the fourth set, the Panthers trailed 21-13 in a set that seemed like that would go to the Cougars, but Eastern fought back to get a 27-25 win.

“I think the team itself was really solid,” Wolinski said. “They were a great group and they got along really well both on and off the court.”

The Panthers are off until spring season, but for Wallace, Bradbury, Saalfrank, Nesbitt and Lee, they will not be there but all left their mark at Eastern. 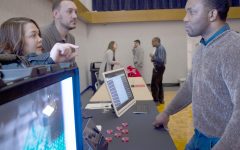 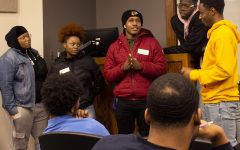 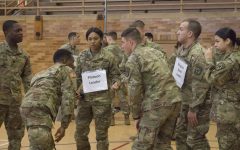 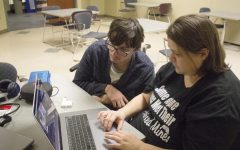 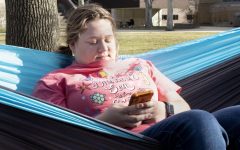 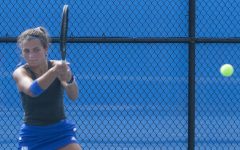 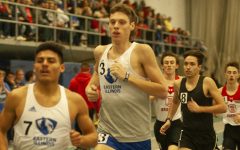 Today is Feb. 17, 2020. Here are the five things happening at Eastern you need to know today. 1. Council on Academic Affairs suspends bylaws The...

Going up against one of the country’s best, seventh-ranked University of Arkansas, the Eastern baseball team ran into some problems to open the 20...