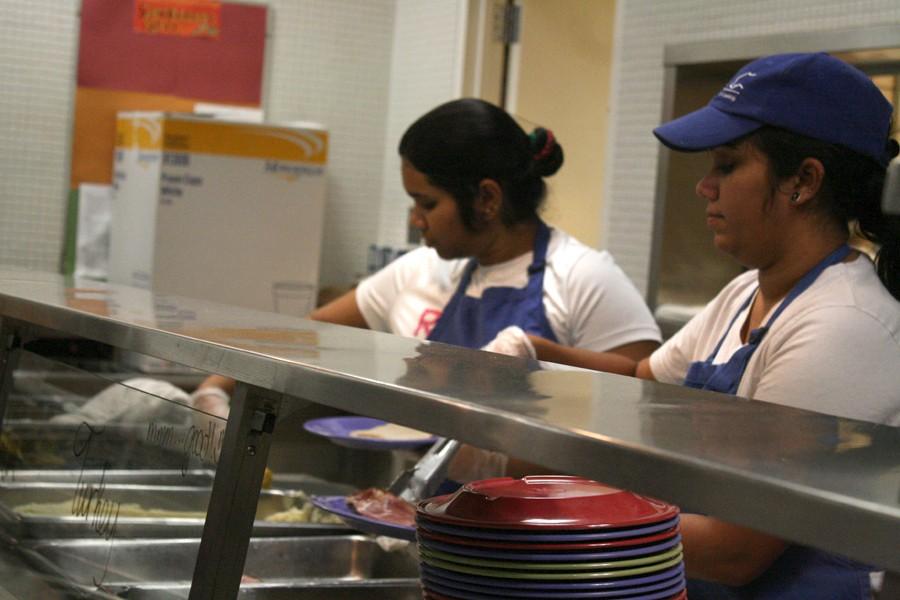 A national turkey shortage has affected 21 states because of the avian flu, which caused turkey prices to increase and the food item to be scarce on the market.

More than 7 million turkeys have been infected with the disease; however, the traditional bird was not missing from tables during Eastern’s annual Thanksgiving dinner on Wednesday.

Gail Abrams-Aungst, the associate director of panther dining, said the university began stocking eggs, chicken and turkey deli meat and dinner turkeys as early as May.

She said the Housing and Dining office is beginning to see a slight comeback in turkeys, but the prices are still too high to purchase presently.

Abrams-Aungst said the turkeys were being kept frozen until the event. She said if Eastern had not gotten the turkeys early, Housing and Dining would not have been able to get them.

The avian flu, also known as the bird flu, has depopulated nearly 50 million commercial birds, according to data from US. Foods, the company that supplies food to Eastern.

The disease affects birds such as ducks, gulls, shorebirds, geese, chickens and turkeys. Wild birds can get infected with the flu and avoid becoming sick, but the strain is fatal to domestic birds like the chicken, duck and turkey, according to the US. Foods website.

The risk of humans getting the infection is low, with zero human cases detected within the United States, Canada or internationally, according to the Center for Disease Control and Prevention.

Mark Hudson, the director of Housing and Dining, said even though all of those items proved to be difficult to obtain, they were all entirely safe to eat.

“Our No. 1 priority is to make sure that the food that we serve is appropriately healthy for students—and safe,” Hudson said, “So, we don’t have some things because they’re not available, and our supplier won’t supply it unless it passes all of the safety tests.”

Because of the low supply, the demand and prices for turkey were high, but egg whites were also a hot commodity.

“It wasn’t just turkeys; it was also chicken as well,” Abrams-Aungst said.

Although the dining centers are not offering turkey deli meats, they have substituted them for chicken deli, which has a similar taste to turkey.

“You really can’t tell the different between the chicken deli meat that we chose, to the turkey deli meat,” said Abrams-Aungst.

Despite the dining centers not offering the turkey deli, the Martin Luther King Jr. University Food Court is offing it because it is retail-based, Abrams-Aungst said.

The university was trying to have enough turkey to keep prices within the food court stable, which is what students would have noticed.

“We just felt that this was at the best interest of our customers—quality products at an affordable price,” she said.