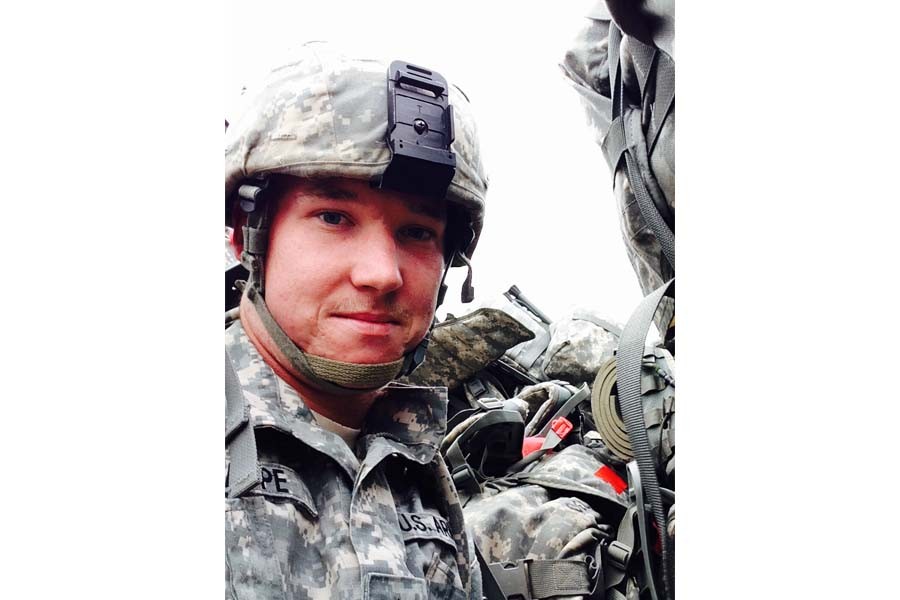 Both faculty members and students at Eastern have unique experiences serving in the military.

He then enlisted in the Indiana Air National Guard in September 2012 before being commissioned as a chaplain first lieutenant in July 2014, and was recently promoted to captain.

A chaplain is a member of the clergy who represents any religion practiced by service members.

“To my knowledge, there is only about five or six of us in the entire National Guard nationwide,” McDaniel said.

He is in the process of transferring to the Illinois Air National Guard.

As a traditional guardsman, McDanel has one weekend a month and two weeks of annual training during the year, causing him to miss five weeks of the semester last year.

An instructor in his department covered for him while he was gone.

McDaniel said his students understood and his department chair Stephen King, as well as the rest of Eastern, is supportive.

“That makes our job as guardsmen easier, when we have a great support system from our civilian employer,” McDaniel said.

McDaniel joined the Navy more than 20 years ago after looking at his options as a high school graduate.

“Neither I or my parents had a way to pay for college, and a Navy recruiter actually came to our high school,” McDaniel said. “I had a physics teacher in high school who thought enlisting in the Navy was a great idea, so I started talking to a recruiter and it seemed like a neat opportunity.”

What McDaniel experienced in basic training in August 1995 is different than what someone serving now would experience.

When McDaniel was serving in the Navy, it was still a new development that women were allowed on the ship.

He worked as an enlisted mechanic in the Navy with plumbing, heating, and maintenance repair on the aircraft carrier.

A memorable experience McDaniel had in the Navy was when he was in the Caribbean during training operations and there was a full lunar eclipse.

“The captain ordered a pause for the flight operations and invited anyone on the ship who was able to come up on the ship deck,” McDaniel said.

He said he treasures the memory of laying on his back, seeing all the stars, and being miles away from any artificial source of light, then seeing the moon slowly covered for a blackout then emerging again.

He also remembers being on the coast of New York and being trapped in a severe storm.

The waves were so big they were washing up on the top of the flight deck.

“Lifeboats were being knocked off, lost in the ocean,” McDaniel said. “And this enormous air carrier was rocking and rolling.”

People who had been in the Navy for 20 years and had never been seasick started throwing up, but McDaniel did not get sick.

Zach Rappe, a senior communication studies major, is serving in the National Guard.

Once a month, he goes down to Effingham to refresh his skills from basic training and for a couple weekends out of the year he is able to go to bigger military bases.

He said his favorite part of serving is being able to have a “guy’s weekend” where everything else in the world disappears.

“People I met there are some of my best friends,” Rappe said. “I got to know them better than I know most of the friends I met here. A huge bond.”

In the infantry, Rappe said they had to be a master of all trades.

“There are truck drivers, there are medics,” Rappe said. “We’re the guys on the ground doing the dirty work.”

Rappe said he could be called for anything, whether it was domestic disasters or state of emergencies or things overseas.

“We’re ready for cities to fall apart, or internal attacks as well as if we need to assist in Afghanistan or Iraq,” Rappe said.

Rappe said he wants to be able to help and carry out tasks with the men he serves with.
“I think if anybody can do it, we’d be the best group to help out,” Rappe said.