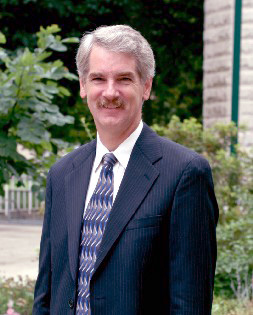 Results of a weeklong vote that ended Monday indicated that faculty voted no confidence in the performance of Blair Lord, the vice president for academic affairs.

Out of the 349 people who voted, 67.6 percent voted no confidence, and 261 eligible voters did not participate.

The Faculty Senate sent the results to President David Glassman and the rest of the faculty Wednesday morning.

Jeffrey Stowell, the Faculty Senate vice-chair, said it would be up to Glassman to decide what to do with the information.

“Ultimately this is information the president has to consider in his evaluation of the provost,” Stowell said.

The Faculty Senate has not yet had a meeting to discuss what to do with the results other than release them publicly.

The senate has ratified the data electronically.

“We have acted as quickly as possible to verify that we accept this data from (Information Technology Services) and be able to make that public,” Stowell said.

Stowell said the senate has to consider the strength of the voters’ argument and determine what will be done.

“This is an expression of displeasure from the faculty who voted,” Stowell said. “There were many who didn’t vote.”

Robert Miller, Eastern’s general counsel, said in “A Review of Shared Governance: Confidence Votes” that votes of confidence are generally symbolic and do not require official action by a governing body when submitted.

However, the general intent is that a negative outcome will pressure or embarrass officials to resign from office.

Confidence votes are mostly used when administrators are seen as using a “top-down” approach to running a university.

“That means the administrators are going to tell the faculty what to do without receiving input first from the faculty,” Stowell said.

Stowell said people should be cautious in their interpretation of the vote.

“We did have a very high turnout relative to other faculty elections,” Stowell said.

Of those eligible, 57 percent to voted in the referendum.

Stowell said the problem with this is that the senate does not know how the other 43 percent of people who did not vote feel.

“It could be that remaining 43 percent felt in either direction, which would clearly produce different interpretations,” Stowell said. “So we have to recognize there is error because of an incomplete sample. Ideally, every person would have voted.”

The vote comes after a petition with more than 100 signatures asked for such a referendum.

Gary Aylesworth, one of the authors of the petition, said the petition started because members of the faculty felt they were being denied a voice in how the campus was run.

“We would like a transparent process in shared governance,” Aylesworth said.

Aylesworth said he would like to see better management in the area of admissions and more transparency.

Lord declined to comment on the results of the vote, but he has spoken about shared governance in past Faculty Senate meetings.

During an Oct. 20 meeting, Lord said he believes in and understands shared governance from being a faculty member for 25 years before becoming provost.

This is not the first time a petition for a vote of no confidence in Lord has been circulated.

According to an article in The Daily Eastern News from March 9, 2010, a petition had been circulated that spring questioning his hiring practices, among other issues.

Aylesworth said this petition, unlike the one that led to this year’s vote, failed to go forward to be voted on for various reasons.