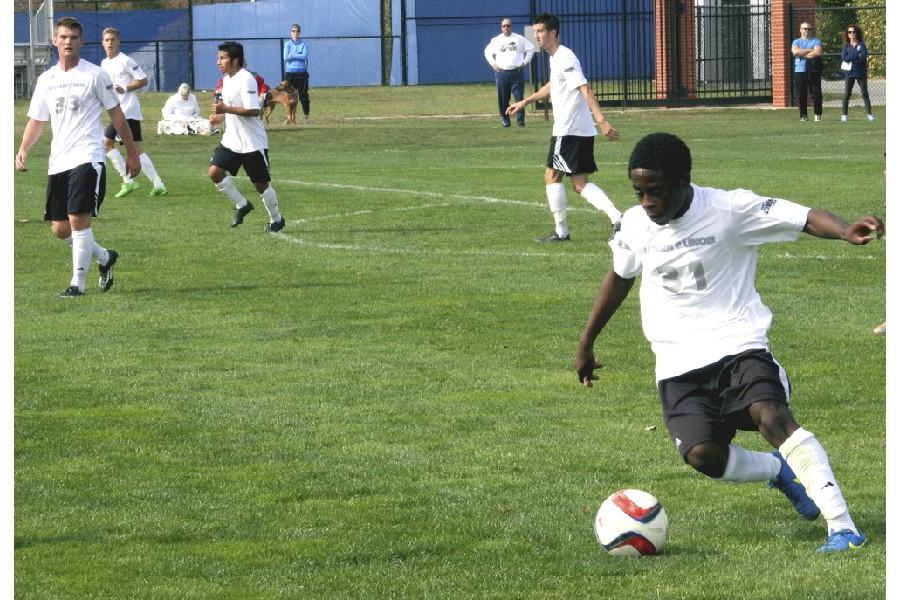 The Eastern Illinois men’s soccer team had their first win in seven weeks yesterday. They defeated Indiana-Purdue University at Indianapolis 1-0 at Lakeside Field.

“We just focused on getting better, and we got a great defensive effort from a lot of guys,” Eastern coach Kiki Lara said. “It just helps the guys understand that when you do the little things right and work had, then it will pay dividends.”

The win snapped an eight game losing streak, dating back to Sept. 6. The win also gave Eastern their first home win of the season.

The Panthers improved to 3-10 on the season, and picked up their first Summit League win as well to improve their conference record to 1-3.

Although they still sit at last place in the Summit League, Eastern is now just two points back of IUPUI in the conference standings.

The lone goal of the game came at the beginning of the second half in the 49th minute by freshman Trevor Kerns.

The goal was Kerns’ second of the season, and it may have just been the goal to save the Panthers’ season.

“My teammates put me in a good position to score,” Kerns said. “This was definitely the biggest game of the season for us, now we just have to go into Denver and get three more points.”

The team also got a strong performance from sophomore goalkeeper Mike Novotny, who shutout the Jaguars with five saves in the game.

“This was a confidence booster for us,” Novotny said. “Getting the shutout was bigger than the win in my eyes, and now we just have to keep going after this win.”

Novotny made a key save on a free kick late in the second half to keep the Panthers in the lead.

“I believed all along, but that save made us all believers,” Lara said. “Novotny had a good game throughout, and I was happy for him to come up big like that.”

Lara also said how bright the future is for the team, as he started six freshmen.

“The future is bright, and it is clear that we have a lot of good young guys,” Lara said. “It just means that everybody here has to be relied on, because there is no such thing as a freshman to us.”