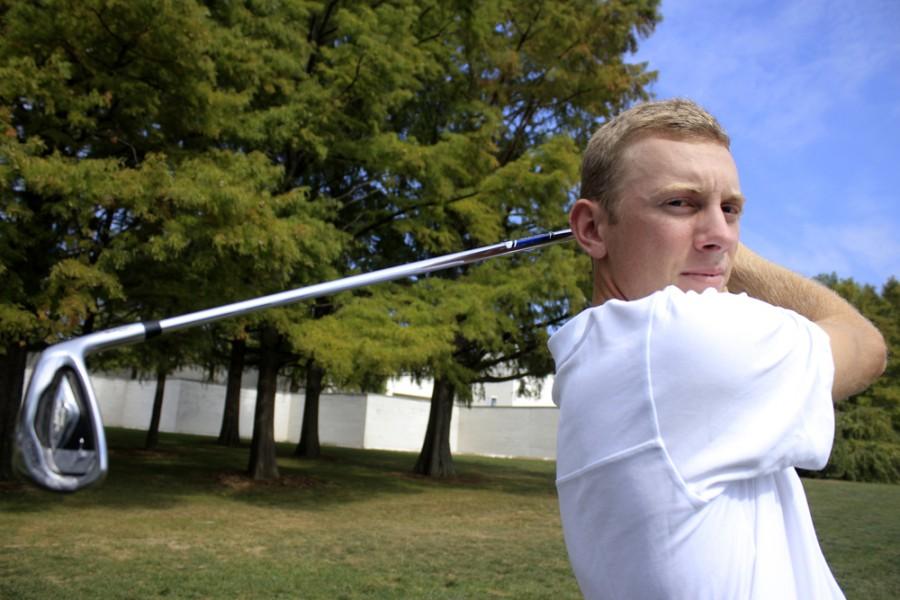 Eastern senior golfer Austin Sproles is at the tail end of his golf career at Eastern and is eager to finish his season on a strong note.

Sproles, while finishing up his season, wants to enjoy the time left with his teammates is focusing on keeping in touch with his fellow golfers on and off the course.

“I’ve worked hard for so many years and at times lose sight of enjoying it,” Sproles said.

Sproles starting gaining interest in golf at age 4, but it was not until when he was 10 years old that he got involved and established some love for the game.

By junior high, Sproles fully ignited his golf interest, admiring the individual aspect the sport has to offer.

The fact that golf has a self-focused element allows individuals who engage in the sport to choose how they want to practice.

In the fall season, Sproles has shot one round under 70 and that was a 2-under, 69 at the Murray State Fall invitational.

That 69 is not his personal best. In years prior, Sproles shot a handful of rounds between 67 and 69.

This season has been a rough one for the Eastern men’s golf team as they have finished near the bottom of nearly every tournament the team has played in.

Sproles said there needs to be better rounds put together at the same time including himself.

Aside from tournament play and spending time with his teammates, Sproles always finds the time to improve his short game.

Whether it’s a team-held practice or a practice by himself, Sproles knows the importance of chipping and putting.

“I consider chipping and putting the strong part of my game,” he said.

Sproles’ favorite club to utilize is his 60-degree wedge, while also showing strong interest in his putter.

One of the toughest things to do in golf is hit a hole-in-one, and Sproles has done that once with the help of his 4-iron.

The end to Eastern’s golf season is slowly approaching, and Sproles knows that weather is a huge factor.

He said he and his teammates have played in conditions where snow was a factor.

“I have grown accustomed to the wind,” he said. “I don’t like playing in the cold or rain. Heat is the best to play in.”

The team will end its season in mid-October, and it will pick up competitive play again after spring break.

Golf is known to be a sport that requires much confidence. The game of golf comes with the more than occasional time where a player can experience a variety of challenges on the course.

Whether it is a mental challenge, such as recovering from a bad shot, or an element challenge, like a water hazard, sand trap or weather, a golfer like Sproles knows having a strong mentality will endeavor the lowest possible score.

A situation where Sproles found to be his most memorable was going into the final round tied for the lead at Butler University during his sophomore campaign here at Eastern.

If he could pick a favorite championship to watch it would be The Masters. The atmospheric level and the course venue that The Masters provides is what Sproles claims distinguishes itself from other tournaments.

Back in 2012, Sproles attended the Ryder Cup at Medinah Country Club.

“That was the coolest event, the players interacted with the crowd and the team competition was different than the other events,” Sproles said.

He would really like to play at Pebble Beach and St. Andrews one day.