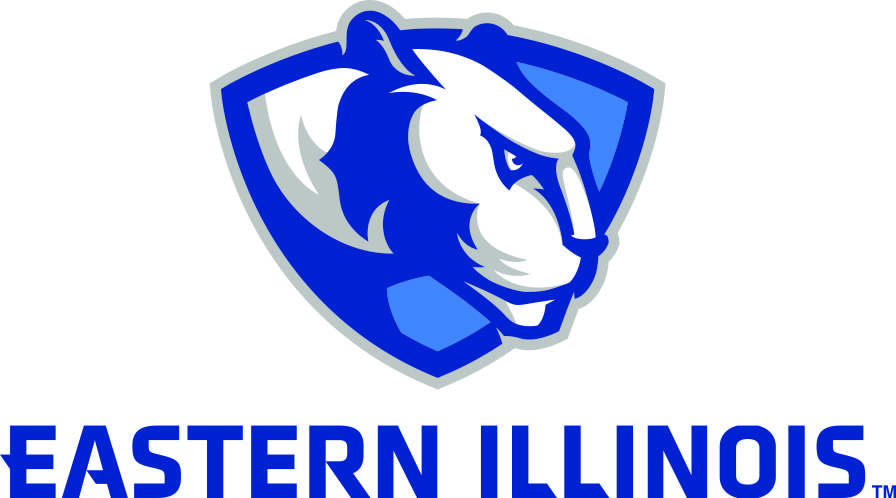 A bold white and blue eyeball peering beyond its veil was revealed Wednesday to be the new logo for the Panthers.

Eastern’s new logo incorporates a profile view of a panther with a white face and dark blue and gray shadows accented with a light blue shield backdrop.

Created for Eastern by the Collegiate Licensing Company, the new designs also include a thick, capitalized font for the name of the university as well as an official panther paw print.

A committee including administrators, the athletics department, the EIU Bookstore and a student representative has been working with the company since March to come up with the new logo.

Athletics Director Tom Michael said football will be the first team to display the new logo during Saturday’s game, and men’s basketball uniforms will be the next update in the works.

Bob Martin, the vice president for university advancement, said he initially suggested the idea of a logo change to reenergize Eastern as it ushered in its new athletics director.

“The old logo is good, but I want great,” Martin said.

Martin said the reason behind revealing the logo Wednesday was to boost merchandise sales from the upcoming Family Weekend and Homecoming crowds.

Eastern did not have to pay the design company upfront; rather the university will pay the company a percentage of the royalties it receives from sales, Martin said.

Martin also said the old logos will remain in athletic fields and facilities until they need to be repaired or until sufficient donations come in for remodeling.

“We’re not going to rip the panther head out of the middle of the field,” Martin said. “It will stay there until a donor steps up or until we have to do the natural repairs that would cause it to be replaced anyway.”

Another cost-saving measure is placing stickers over the old logos on the football helmets, Martin said.

The new @EIU_Panthers logo has me cringing. Great simplistic style, but definitely didn't nail it. ?

Catie Witt, the student representative on the redesign committee, said the committee looked at logos from universities across the country and considered various options before narrowing the decision down to three.

“I honestly think this new logo is more modern and can really generate more students to the university,” she said. “I think the shield is very unique and stands out against other universities.”

Witt said this is the first time Eastern has a legitimate panther paw logo, which will be featured primarily on women’s and children’s clothing.

Martin said he likes the intensity of the panther’s eye and the light blue color contrast on the new logo, and he thought the old logo was redundant because the word “Panthers” was right beneath a picture of one.

“We looked at so many logos — yellow-eyed panthers, face front, full bodies, gnarly teeth — and we came up with what I feel is by far the best panther,” he said.

Freeman said her initial reaction was that the connection between the eye, nose and mouth seemed off and came across as human-like.

She said the old logo better conveyed the image of a black panther, while the new logo is more modern because of the bolder strokes.

Jeozeph Ewida, a senior graphic design major, said the redesigned panther looks like a “shaved lion,” and he would have less of a problem with it if it were black.

Brianna Harbole, a senior graphic design major, also said she questioned why the panther was white.

“Some of their choices don’t make sense,” Harbole said.

Many in the university community are in disagreement about the new logo, as evident by the more than 100 comments on Eastern’s Facebook post about the change along with extensive debate on Twitter.

Rich Moser, Eastern’s sports information director, said the previous logo has been used since 2000, and the logo revealed Wednesday is the seventh one in the history of the Panthers.

According to the EIU Panthers website, Eastern selected the Panthers as its mascot in the 1930s at a time when only seven other schools used it; now, 29 colleges and universities in the country use it.

Michael said the new logo will appeal to the 17-year-old age group and thus help with recruitment along with creating a cohesive look for all athletic teams.

He also said this will establish a brand for Eastern athletics that will be consistent and recognizable outside of the university.

“The visual images that are part of the logo helps define our department’s programs and teams,” Michael said. “You need to be recognized by your logo, and this definitely will help with recruiting.”