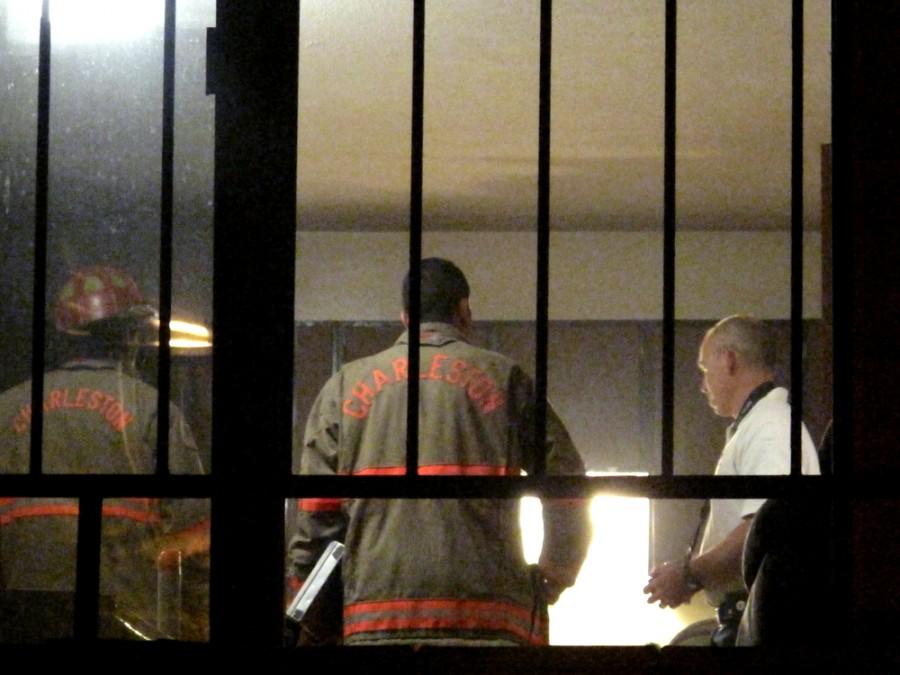 Firefighters respond to a reported fire on Sunday at the Cooper Building in University Court. Steve Bennentt, the assistant chief for Charleston Fire Department, said there was minimum fire and water damage.

A grease fire was reported at 7:02 p.m. Sunday in the Cooper Building of University Court Apartments.

Assistant Fire Chief Steven Bennett of the Charleston Fire Department said the residents in apartment 23 were cooking when the grease got too hot and started to catch fire.

“The sprinklers had activated and put the fire out, so the sprinkler system did what it was supposed to do,” Bennett said.

There was minimal fire damage and little water damage in other apartments.

“The sprinkler was activated so it was putting the water out on the fire, so some of that water finds cracks and goes down into the apartment(s) below,” Bennett said

The fire alarm has been reset in Cooper.

The electricians and plumber were called and notified, and building service workers had already started cleaning up the water.

Residents were able to return to their apartments at 7:50 p.m. unless they were in the apartment affected by the fire.

Kelly Miller, associate director of housing and dining, said the people who had to leave Cooper because of the grease fire were staying with friends.

Miller said there was not a lot of physical damage, and the sprinklers went off as they were supposed to.

Luis Martinez contributed to the article.