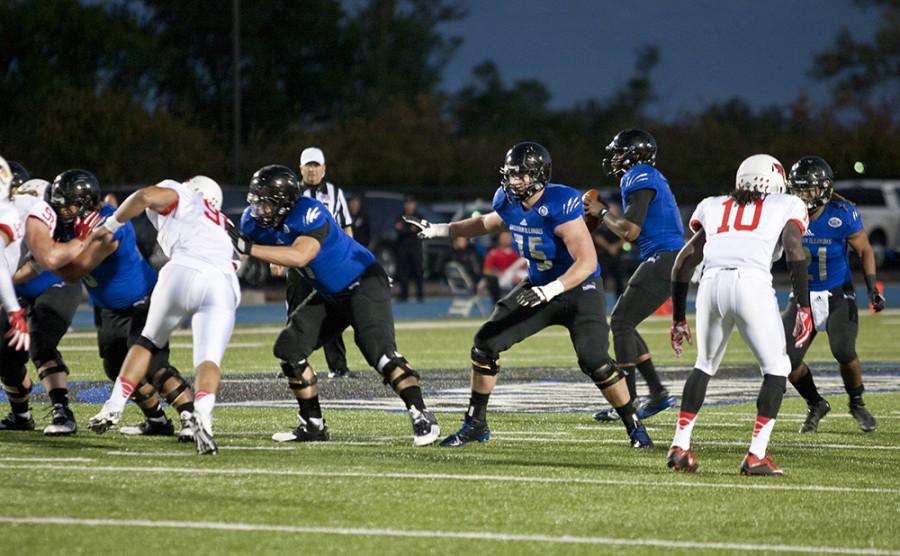 Senior quarterback Jalen Whitlow threw one touchdown and was 16-28 and 165 yards during Eastern's 34-31 home opening loss against Illinois State Friday at O'Brien Field.

After losing the first two games of the season, the Eastern football team realized that improvement needed to be made, particularly on offense. The Panthers had been kept out of the end zone by Western Illinois and Northwestern for the first time in six years.

All that changed during Saturday’s home opener vs Illinois State, and it changed quickly. Senior quarterback Jalen Whitlow marched the Panthers deep into Redbird territory on their opening drive before hitting redshirt junior wide receiver Anthony Taylor for a 23-yard touchdown pass.

Just over four minutes had been taken off of the clock in the first quarter, as Eastern scored its first touchdown and had taken its first lead of the season.

“For us to put up 31 points on a defense that was in the national championship game last year, and had a lot of players back, it showed good signs,” Eastern head coach Kim Dameron said.

The Panthers offense scored 24 points, including three touchdowns, but were unable to pull off the upset over the No. 5 ranked Redbirds. The Redbirds won 34-31 to improve their record to 2-1, while the Panthers fell to 0-3.

Redshirt junior running back Devin Church and Whitlow both added five-yard touchdown runs for the Panthers. The duo combined for 164 yards of rushing offense, with Church rushing for 109 yards on 20 carries. Church also had four catches for 34 yards.

“If we can get it (running game) going then we’ve got both backs going and maybe sometimes three,” Dameron said. “We felt there were times in the game when they were just gassed, so that’s what we tried to do, which was get fresh people in there and go.”

The Panthers rushing attack ran for 209 total yards, outgaining the passing game that finished with 165 yards. Whitlow was 16-for-28 passing and connected with Taylor and redshirt junior Isaiah Nelson nine times for 111 yards.

Taylor caught four passes for 49 yards, while Nelson led the Panthers with five catches for 62 yards, including a 23-yard catch, which saw him nearly hurdle a defensive back before being brought down inside the Illinois State five.

Nelson was running a dig route, and thought he had more time to leap over the defender, but didn’t do it fast enough.

“I saw him coming and thought I had more time to jump over him than I did,” Nelson said. “I was confident that I could get over, but I just needed to do it quicker.”

Church scored on a four-yard touchdown run to give the Panthers a 14-10 lead just a few plays later.

The Eastern defense also provided some scoring. With 12 seconds left in the first half, junior middle linebacker Seth McDonald intercepted a pass by Illinois State senior quarterback Tre Roberson, and returned it 20 yards for a touchdown.

McDonald was named the Ohio Valley Conference player of the week on Sunday for the second time this season. He also led the Panthers with 12 tackles, along with senior cornerback Anthony Goodman.

“We can’t get into those lulls, like when we go out there and go three and out,” Dameron said. “It’s a work in progress, and we’ll try to continue to get better.”