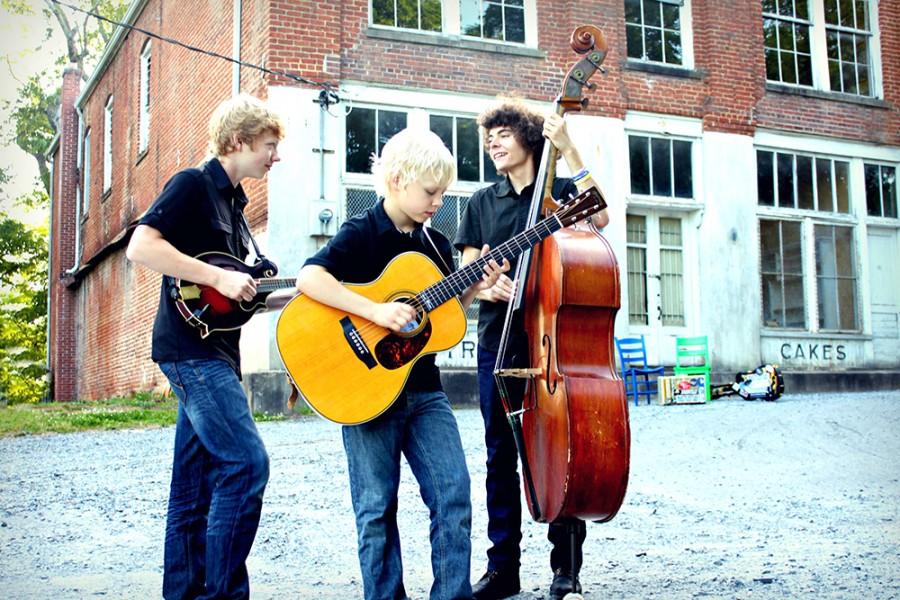 The Moore Brothers is coming to Eastern for a performance on Saturday, August 29th in the Doudna Fine Arts Center. Brothers Daniel, Jacob and Isaac play a mix of bluegrass, country, gospel and blues.

The Moore Brothers Band will be the first performance of the fall semester hosted by the Doudna Fine Arts Center.

The brothers are a part of Doudna’s New and Emerging Artists Series.

According to the press release, the brothers will perform a combination of bluegrass music with both gospel and country music.

They are also known to even combine a touch of blues in their songs.

Daniel Crews, the director of patron services, said the brothers were being considered to bring to Eastern for a while.

“The Moore Brothers Band are a band of young musicians who are fairly well known in the part of the country from where they live,” Crews said. “We have had our eye on them for a while and it worked out that their schedule and our schedule worked out that this would be a good time to present them.”

Crews also said with the amount of other performances and concerts Doudna has to present, it is challenging to schedule events.

“They are professional touring musicians who blend bluegrass, folk, gospel, country and elements of blues into their performances,” Crews said. “ What makes them unique is their ages-12, 16,21. But they aren’t just young players, they are very talented players.”

Crews also said there are a number of people on Eastern’s campus and in the Charleston community who enjoy and appreciate the band’s genre.

According to the press release, the brothers have already recorded and released three CDs, produced a music video, and have performed at a variety of music showcases.

“The trio weaves a musical tapestry that honors tradition and welcomes progress,” according to the press release. “This is one of those once-in-a-generation groups for whom the phrase ‘roots & wings’ was invented. Their synergy and improvisational skills makes each show refreshing and unique.”

Tickets for the show are $15 for general audience members, $12 for seniors 62 and older, and $7 for students.

Tickets can be purchased at the box office Friday from 11:30 a.m. to 2:30 p.m. and one hour before the schedule performance.