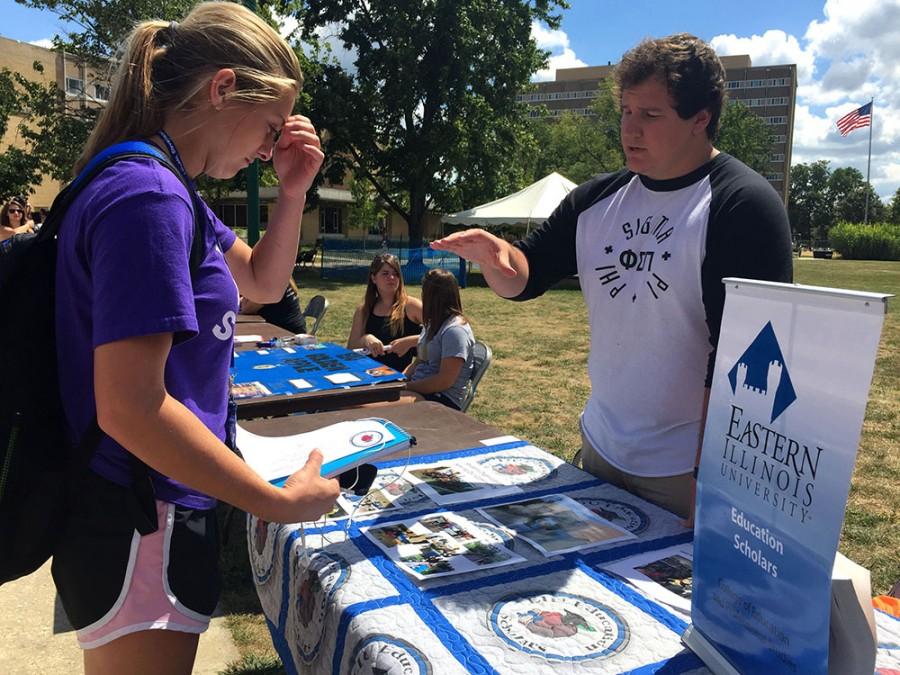 More than 100 registered student organization gathered in the South Quad as the first Pantherpalooza of the school year kicked off Wednesday morning.

New and returning students crowded the sidewalks, talking to organization members about individual clubs and groups to get a feel of campus life.

Sponsored by student government, Pantherpalooza is meant to help students get involved in campus activities and expand their networks.

Various organizations, such as Phi Sigma Pi, an honor fraternity, GLAM Modeling, ROTC, the Asian American Association, Pride, and many more all had tables at the fair.

Mackenzie Buob, the president of Alpha Sigma Tau sorority, said Pantherpalooza is the most useful recruiting event of the year.

“I think it’s most effective in getting girls to actually sign up for PanHellenic recruitment,” Buob said. “It gives girls who are already signed up a good idea of what houses and what letters kind of match up.”

Buob also said Pantherpalooza was a good way to let people know more about recruitment and is a good tool to reach out to girls and sign them up for recruitment.

Dakota Ligon, a senior applied engineering major, said much of the organizations he joined in the past have been hall councils, but he also joined also the Latin American Student Organization, the Black Student Union and others.

At the RSO fair, students also gained further information on the different organizations around campus.

Gladys Valentin a senior elementary education major, said the things she enjoys the most about Pantherpalooza is getting the opportunity to meet other students on campus and learning information about the different registered student organizations Eastern has to offer.

Kyle Martin, a freshman member of Pride, said they liked helping people learn about their group.

“I like being able to get the students who probably wouldn’t even know our group existed to just know that we’re here on campus,” Martin said.

Martin said they also wanted to people to know that a variety of students are able to join Pride.

“We’re an opening and welcoming environment for students of all different gender sexualities or any minority group, or people who are just wanting to be allies to those groups,” Martin said.