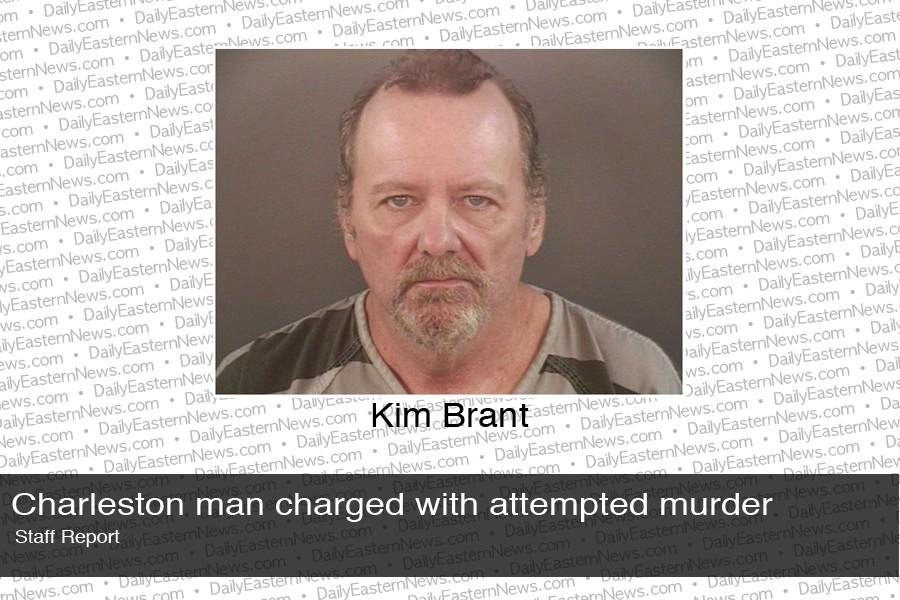 Kim Brant, 55, of Charleston, was arrested at 10:09 a.m. Wednesday on charges of attempted murder and domestic battery in connection to a woman who police found to have been stabbed repeatedly with scissors.

A Charleston man was arrested on charges of attempted murder and aggravated domestic battery at 10:09 a.m. Wednesday in connection to a woman who had been stabbed repeatedly with a pair of scissors, according to a Charleston Police Department press release.

Kim Brant, 55, of Charleston, was arrested during an investigation after police responded to a domestic battery call at the 200th block of Fifth Street.

The victim was found bleeding from her head, face, neck and hands after being stabbed repeatedly with a pair of scissors, according to the press release.

She was transported to Sarah Bush Lincoln Health Center for medical treatment of her injuries, which are not expected to be life threatening.

Brant was taken to the Coles County Jail pending his initial court hearing for the charges.