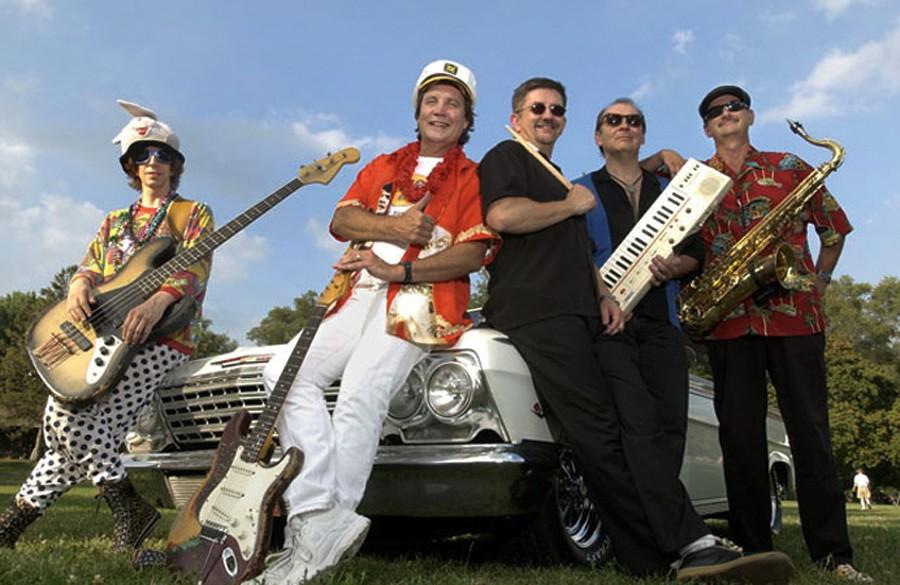 Captain Rat and the Blind Rivets, a ’50s and ’60s rock ‘n’ roll band based out of Champaign, is set to play at 2:30 p.m. on the Fourth of July at Morton Park for Charleston’s Red, White and Blue Days.

The band, which has been together since 1980, generally covers music titles from The Monkees, Elvis, Beach Boys, Turtles and The Ventures to name a few. The entertainment is being provided free to anyone who attends.

Captain Rat and the Blind Rivets plays several dozen events a year and has played more than 1,500 shows in all.

The band mainly plays in the Midwest but has also played anywhere from Wrigley Field in Chicago to the Rose Bowl in Pasadena, Calif. This is the first time the band will be playing in the city of Charleston.

Roger Prillaman, on keyboards, trumpet and vocals for the group, said the band is family-oriented with music that appeals to audiences of any age.

“We like to get involved with the crowd,” Prillaman said.

Sometimes the band pulls audience members on stage, while other times band members will go out into the crowd.

Prillaman said the band plays mostly in the summer with summer-related music. The band got much of its inspiration while the members were growing up in the 1950s and 1960s.

Prillaman said in addition to performing, the band members have their own different careers. Tim Vear, guitarist and singer, is also an engineer. Mark Rubel, bassist and singer, previously worked within the Doudna Fine Arts Center at the EIU Music Recording Service.

The entertainment will finish at 4 p.m. The band members will not be able to stay much longer because they have an event at 7 p.m. on the Fourth of July in Champaign as well.

Captain Rat and the Blind Rivets was recommended for the Red, White, and Blue Days by Z’s Music and Sound in Charleston.

The concert is only one piece to the Red, White and Blue Days. On the Fourth of July several other events are taking place at Morton Park, 1215 Division St., such as the 4-mile run/walk for Habitat for Humanity and the Chalk In. A fireworks show will also go off the night of July 4 at the Coles County Memorial Airport.

The Traveling Wall will also open at 5:30 p.m. on July 2 at Morton Park and will close after the Vietnam Veteran Remembrance Ceremony at 2 p.m. on July 5.

Red, White and Blue Days has been a way for the community to celebrate the Fourth of July for 25 years.