Shed fire smokes out north side of Charleston 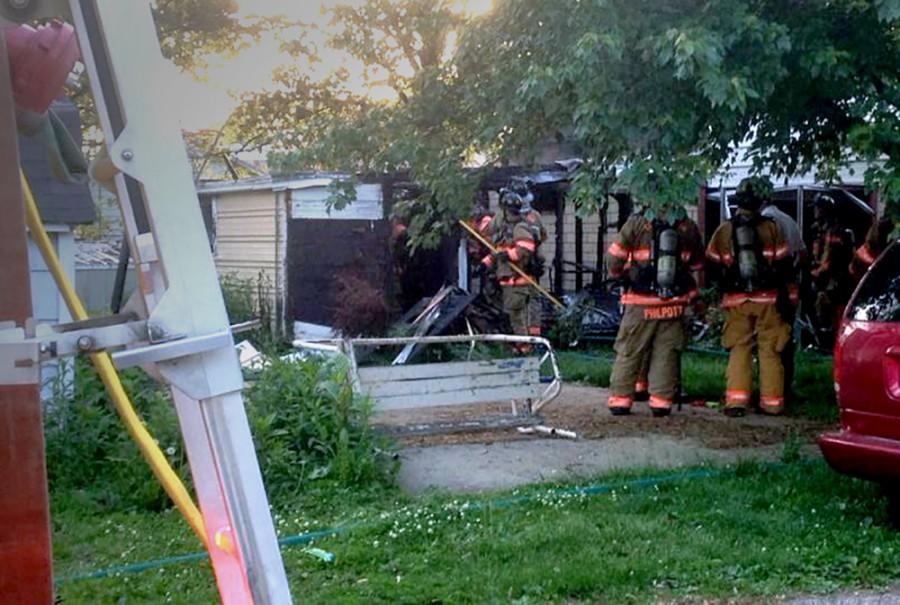 Charleston fire fighters inspect a workspace and storage shed after it was destroyed by fire Tuesday evening at the intersection of 15th Street and Adams Street.

A fire destroyed a storage shed connected to a house at the 15th Street and Adams Street intersection in Charleston Tuesday evening causing an estimated $30,000 in damage combined with a nearby structure.

The Charleston Fire Department extinguished the flames shortly after they responded to the fire at around 7 p.m.

Charleston fire chief Pat Goodwin said the incident is being listed as an accidental fire that was started in the garage.

“No injuries. The crew did a quick knock down,” Goodwin said. “It went really well.”

Neighbor Bill Ward, who lives in the house immediately south of the shed, said were two children and their mother were inside the house but made it out safely.

Ward said one of the children came to him asking for a bucket of water before he let the child use the garden hose. He said he looked over and saw the shed engulfed in flames.

“I hollered at my wife; I said, ‘Call the fire department,’” Ward said. “By that time let me tell you, it was really going.”

Ward said he was not sure if the children had anything to do with the cause of the fire, but he said their mother seemed very upset with them. Ward said he thought the mother was in the house while he suspected the children were outside playing.

“It didn’t get into their house,” Ward said. “It melted the siding on the side of my garage, but I ain’t worried about that.”

Black smoke pushed many neighbors out of the neighborhood on Charleston’s north side with flames shooting through the building’s roof turning leaves on the trees above back to their autumn colors.

“After it started I came out here and then you could hear it. Boy it was just crackling,” Ward said. “It was a hot fire. It just melted that metal.”

Ward said he thought there may have been tires or roofing materials stored in the shed causing the smoke to be so black.

Officials were still investigating the destroyed workshop an hour after the blaze was doused. There was no official word on the source of the fire.