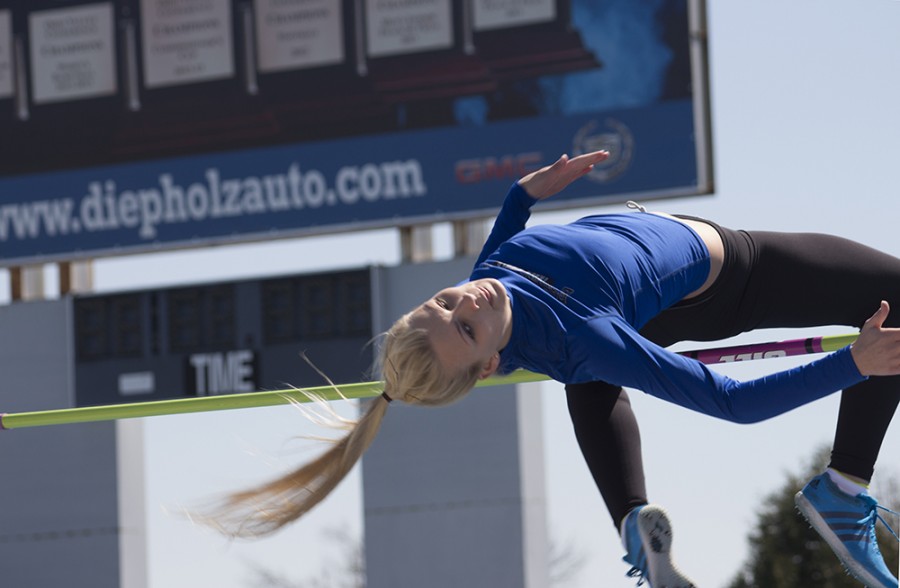 After they were originally supposed to be hosting the EIU Tweener on Tuesday, Eastern will be sending some of its athletes to the Indiana State Midweek Open Wednesday to compete.

With the Drake Relays on the horizon, Eastern did not want to spend too much effort hosting the Tweener this year. Indiana State, whom Eastern works closely with, decided they wanted to host it this year.

The teams competing on Wednesday are guaranteed to be Eastern and Indiana State, but the meet is open to all NCAA Division I, II and III teams along with NAIA and NJCAA teams as well.

It will be less than a week since the opening of the new Gibson Track and Field at Indiana State University. Eastern will have about 20 men and 15 women at the meet.

Eastern coach Tom Akers said this meet is for the people who are not going to the Drake Relays this weekend.

Seven men and two women are competing at Drake in individual events this weekend and will not be heading to Indiana State. Also, Eastern will be sending men’s relay teams for the 4×200, 4×400 and the 1600 sprint relay team to Drake.

For those who are not traveling to Indiana State, assistants will be holding regular practices. Akers will be traveling with the team.

“The people who are not Drake competitors and those not competing over there will be here for a regular practice while the rest of the team is competing,” he said.

The people heading to the Indiana State Midweek Open are a variety of upperclassmen and underclassmen.

The meet is set to kick off at 3 p.m. with field events and the running events will start on the track at 4 p.m.