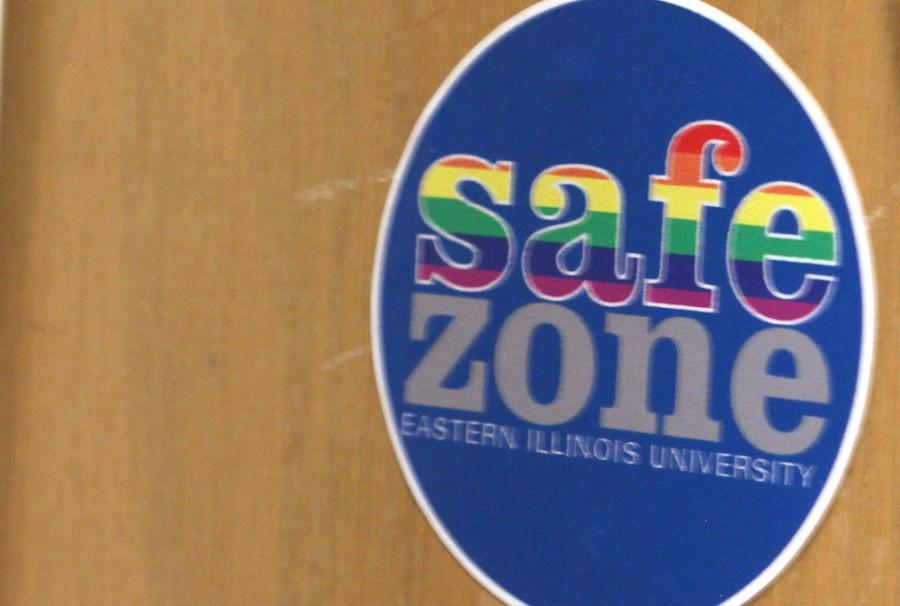 Safe Zone was created to address the concerns of the lesbian, gay, bisexual, and ally community at Eastern Illinois University. Safe Zones are areas on and around campus where supportive people provide information and assist in diffusing stereotypes.

Implemented in order to address the concerns of LGBT community at Eastern in 2009, Safe Zone has become a campus-wide training session, hosting up to four sessions each semester.

Phase one and two of Safe Zone training will be at 8 a.m. and 10 a.m. Thursday April 16th, in the Martinsville room of the Martin Luther King Jr. University Union.

Cameron Carrara, the graduate assistant of the LGBT resource center, said the training makes those in the LGBT community feel welcome on campus.

“The Safe Zone program is a way to reach out to students, University employees, and community members who identify as LGBTQ-plus, and welcome them in all areas of the Eastern community,” Carrara said.

He said Safe Zones are areas on, and around, campus where supportive people provide information and resources, and work toward the elimination of myths, misconceptions and stereotypes.

Phase one is open to anyone on campus who wants to become an ally for the LGBT community and wants to learn more about it in order to be more supportive. This session focuses more on LGBT terminology, the coming out process, heterosexual privilege and more.

Phase two is more of a case study and application-based session, which will allow participants the ability to help make the campus more inclusive and supportive for LGBT.

Safe Zone stickers are offered for those who complete the program. The stickers are posted on windows or doors, letting others know if they need to speak in confidence they are in a safe space.

“Creating this idea of a ‘safe space’ is extremely vital in terms of LGBTQ-plus individuals well-being on campus and in the surrounding community,” said Carrara.

He said the Safe Zones allow those who identify as LGBTQ-plus are able to feel comfortable and safe in a confidential environment, to express any issues and concerns they may have in an atmosphere of acceptance and support and access information and educational resources, which include organizations, phone numbers, web sources, as well as book and media sources.

“I believe that the LGBTQ-plus community is just one part of the spectrum of diversity,” he said. “All too often, when we think about diversity, we have a tendency to focus on issues of race and religion, and we forget other communities on our campus that make us diverse, such as the LGBTQ community.”